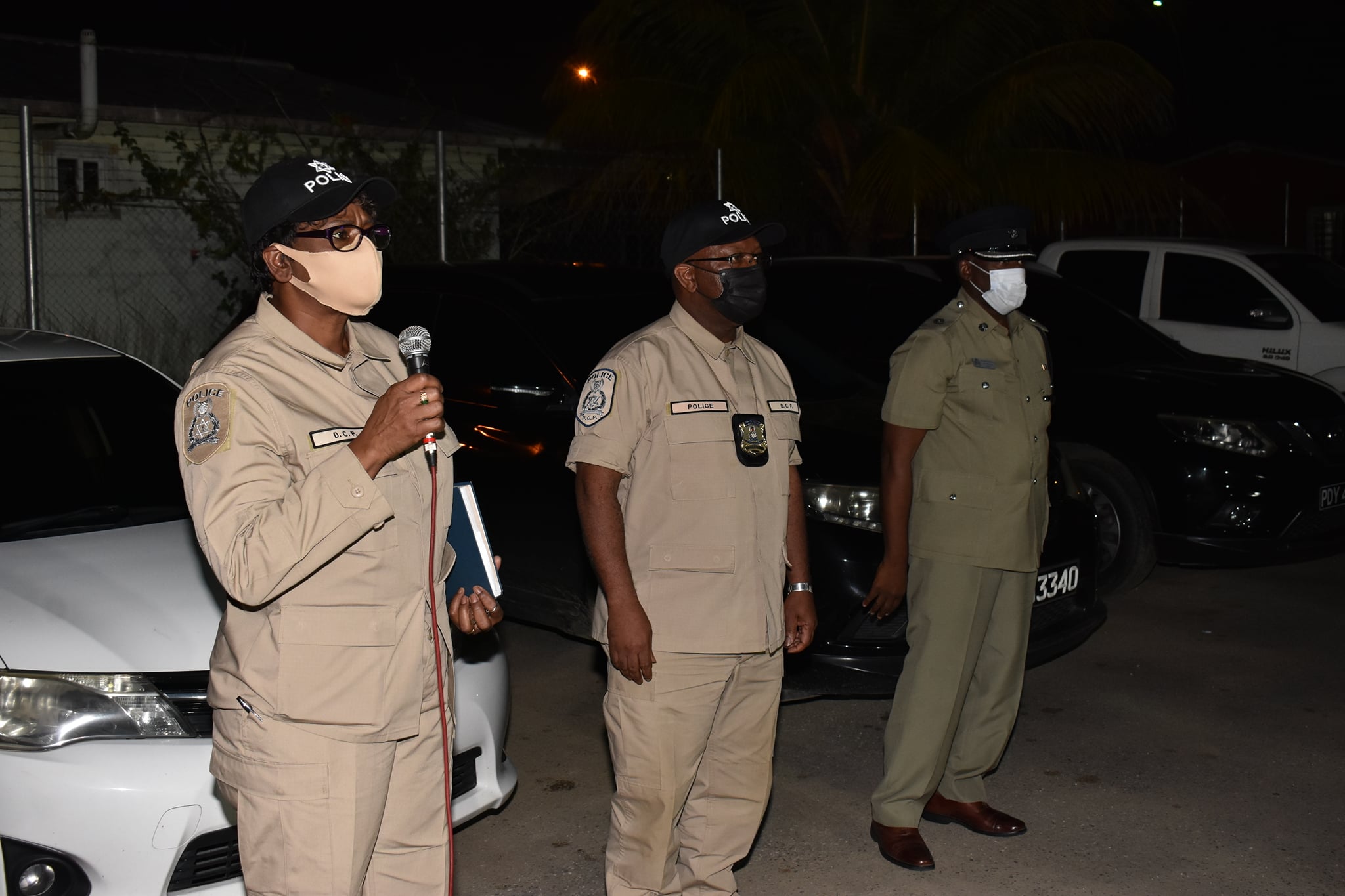 CoP (Ag): TTPS Executive on the ground with troops

The Trinidad and Tobago Police Service’s (TTPS) Executive Officers are on the ground with the men and women in the fight against crime.

Earlier this week, the Executive Team was joined by Deputy Commissioner of Police (Ag), Administration, Joanne Archie, who teamed up Port-of-Spain Division Officers, where they infiltrated several communities which are experiencing some degree of increased criminal activities. These operations are ongoing and results will be brought to the fore soon.
Both CoP (Ag) Jacob and DCP (Ag) Christopher echoed the sentiments that “we are on the ground to lend the necessary support because we understand what we are asking officers to do and face daily and we are showing you that we support you.”

Speaking to a team of officers at the Inter-Agency Task Force (IATF), Enterprise, Chaguanas Base last evening, Mr Jacob stressed, “Together, in the fight against crime, we will push back those persons who intend to make Trinidad and Tobago unsafe. Our job is to pull things back.”

He told the officers that the Executive is well aware of the heightened danger in their specific areas of patrols which often see violent and serious crimes. This, he said, is being targeted from a multifaceted approach.

He reminded the officers of the recent reigniting of the relationship of Crime Stoppers and the TTPS, sharing with the officers targeted incentives for them in ridding their communities of illegal firearms.

The Acting Commissioner said the TTPS has already seized 514 firearms, 65 of which are high-powered rifles, with arrests and charges being laid to suspects.
He challenged the officers to “continue responding in an effective way” to the information that will come on illegal firearms through the partnership.

“Because we are anticipating this great degree of response from you and we know the increased demands in this pandemic period, we will be supporting, motivating and rewarding you through your Division for the seizure of illegal firearms,” Mr Jacob said.

He said the Executive has advised Divisional Commanders to work closely alongside their junior staff, understanding their workload and ensuring that officers are rostered in a way that will not contribute to them being burnout. He stressed, “Our officers’ welfare is of paramount importance to us, and while the Executive may be at the strategic level, we too came from and are on the ground and we understand exactly how you feel and are affected by decisions made.”

The briefing ended with the Acting Commissioner saying that the officers are doing an extraordinary job in responding to the murders and shootings in the Enterprise community and environs, and urged the officers to continue working as a team, looking out for each other, particularly as the communities consist of difficult terrain which can pose serious risks to them.