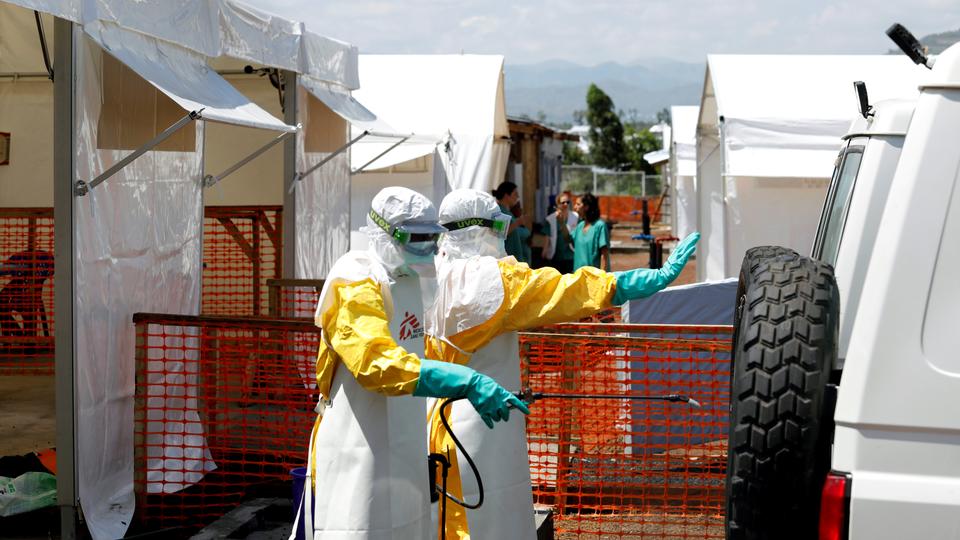 A woman and her child were the first two cases confirmed with Ebola in Congo’s South Kivu region this week, opening a new front in the fight against the outbreak.

Health officials said on Friday that the latest cases were more than 700 km south of where the outbreak was first detected.

Ebola has killed at least 1,900 people in the Democratic Republic of Congo over the past year. This is the second biggest toll ever and militia violence combined with local resistance have made the outbreak harder to contain.

The 24-year-old woman had been identified as a high-risk contact of another Ebola case in Beni, more than 700 km north, last month, according to a government statement issued on Friday.

She traveled by bus, boat, and road with her two children to Mwenga, in South Kivu, where she died on Tuesday night, according to a slide from a presentation by health officials.

The woman had been vaccinated, the slide said. The Ebola response team, headed by the Congolese government, identified 120 contacts and vaccinated 20 on Thursday, the slide showed.

The latest cases show the difficulty of containing the latest Ebola outbreak, which has continued to spread in eastern Congo despite the deployment of a highly effective vaccine.

Last month, it reached the region’s largest city of Goma, home to nearly two million people on the Rwandan border.

Ebola treatment centers have repeatedly been attacked by armed militiamen and disgruntled locals, hampering efforts to contain the epidemic in the conflict-ravaged east.

Loading...
Newer Post
PM Keith Rowley says “No One is Above the Law”
Older Post
Carifesta XIV promises to help boost the Theater and Arts sector