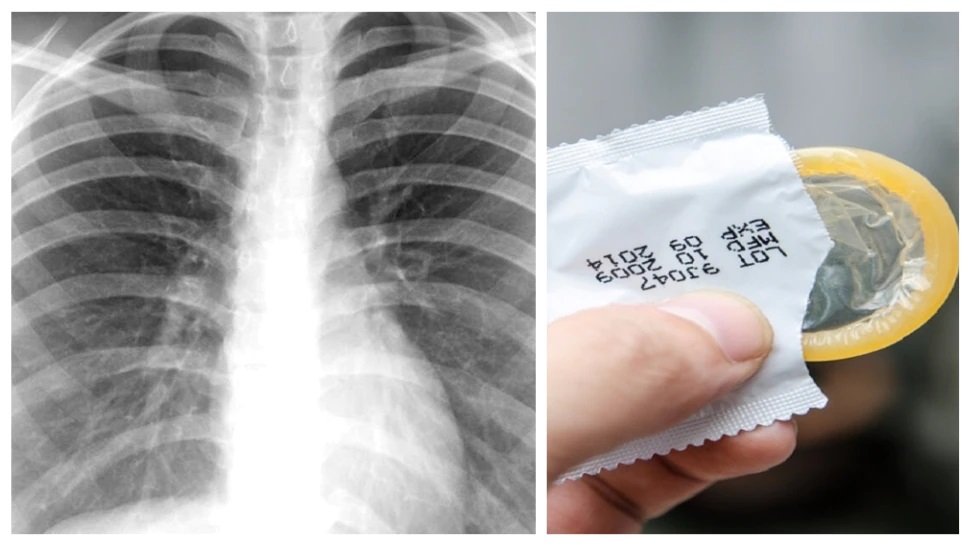 Doctors in India recorded an unusual case of a 27-year-old teacher, who was admitted to a hospital with signs of tuberculosis, but who had actually accidentally inhaled a condom during sexual intercourse with her husband. The experts described the incident in a study published in the scientific journal of the National Library of Medicine.

According to the research, in the first consultation the woman complained of cough, fever and accumulation of mucus, which had persisted for two months. She, who had already received a prescription for antibiotics and anti-tuberculosis treatment, decided to return to the hospital after four months, since the symptoms had not passed.

The professor was re-evaluated to confirm that she had tuberculosis, which affects the lungs and kills more than one million people a year worldwide, according to WHO (World Health Organization).

However, the test was negative for the disease: there was, in fact, an injury to a patient’s upper pulmonary lobe, resulting from inhalation of the condom.

Health professionals only realized this when they examined her chest and noticed a “structure similar to an inverted ‘stopped’ bag in the bronchus”. When the doctors surgically removed this “pouch”, they finally understood that it was a condom.

When the patient was asked how the condom was inhaled, she remembered a time when she had had oral sex on her husband.

“They [marido e mulher] they could remember that the condom came off during the act, “the doctors described.” At that time, you also had an episode of sneezing or coughing. “

Even after the woman was operated on, some small pieces of the condom remained trapped in the lung. Therefore, it is likely that she will have to be examined again, in a bronchoscopy procedure, which evaluates the trachea, the bronchi and part of the lungs. Anyway, the teacher should recover soon, according to doctors.

One dead and one injured in Curepe shooting Wednesday morning 0