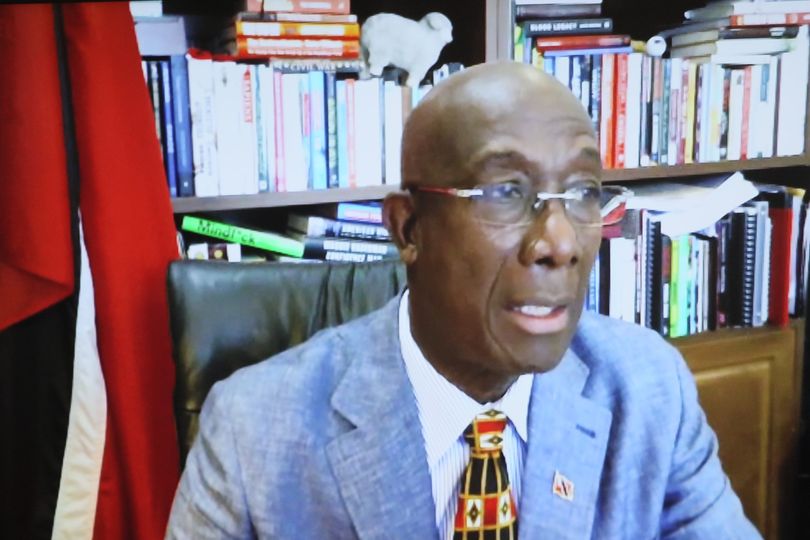 Prime Minister Dr Keith Rowley has assured farmers and citizens affected by the recent flooding, that once they qualify for compensation and assistance, they will receive them as quickly as possible.

Rowley, who is currently in isolation, attended Parliament virtually from the Official Prime Minister’s residence yesterday.

During Prime Minister’s Question Time, Rowley, was asked a number of questions by UNC’s Couva North MP Ravi Ratiram, as it relates to flooding, farming and food shortages.

Asked by Ratiram whether Government would swiftly pay farmers their compensation, the Prime Minister said once it is determined who is in line to be assisted and who legitimately qualifies for assistance, that assistance would be made available “as quickly as possible” to ensure that farmers get back on their feet and their output for their country is available.

The Prime Minister also warned against price gouging in the face of possible food shortage.

“We will take every step possible to restart agricultural production and we expect that those who have not been flooded out will not take the opportunity to price gouge as the shortage occurs in a situation where some farmers have lost their crops.

“We expect that the market would be reasonable and that the buyers beware of what is happening in the marketplace. But production would be encouraged especially in the case of vegetables,” the Prime Minister said.

When asked by Couva South Mp Rudy Indarsingh about measures taken in the last 72 hours to help affected citizens, the Prime Minister said the Ministry of Social Development and Family Services continued to work collaboratively with Members of Parliament and councillors to provide temporary food relief to those who lost food supply as a result of the flooding and to make disaster grants available where citizens qualify for such grants.

He said on his instruction a coordinating unit through the Ministries of Works, Public Utilities, National Security, Housing, Agriculture as well as ODPM, WASA, T&TEC, Defence Force Municipal Police, National Quarries and SWMCOL had been established to provide equipment and requisite relief to affected persons. He also noted that there were hourly advisories on the state of the country’s watercourses