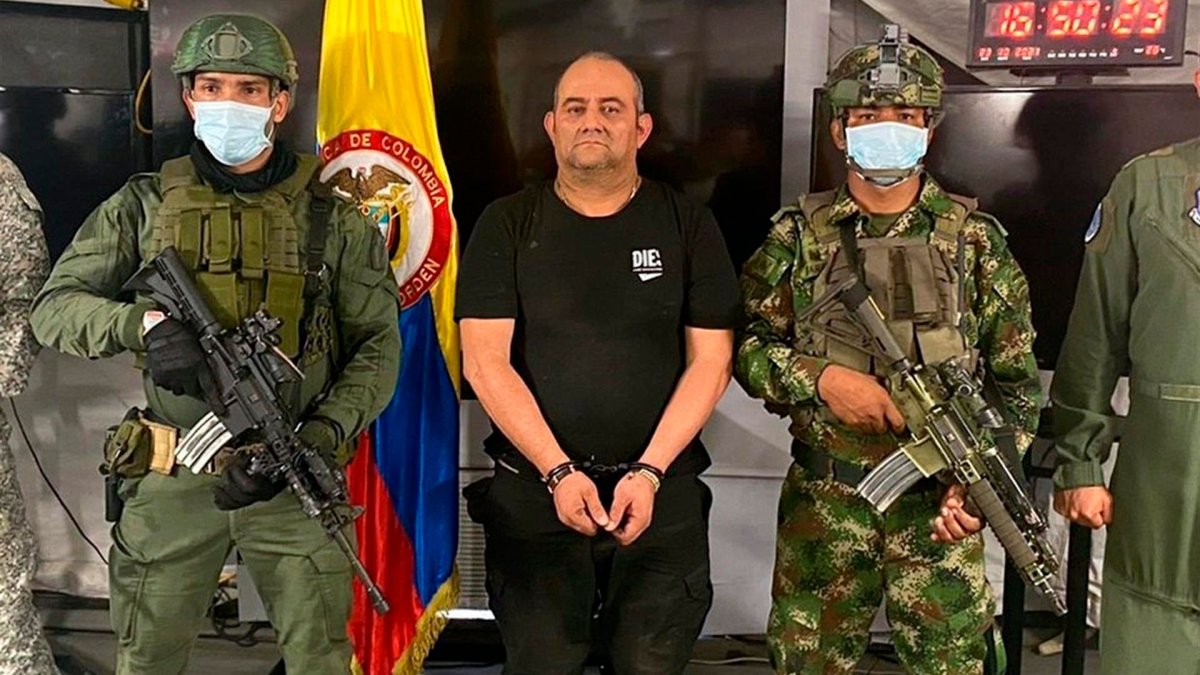 Colombia’s most wanted drug trafficker and the leader of the country’s largest criminal gang has been captured.

Dairo Antonio Úsuga, better known as Otoniel, was seized after a joint operation by the army, air force and police on Saturday.

“This is the biggest blow against drug trafficking in our country this century,” he said. “This blow is only comparable to the fall of Pablo Escobar in the 1990s.”

Otoniel was captured in his rural hideout in Antioquia province in north-western Colombia, close to the border with Panama. While details of the operation are still emerging, the president said one police officer had been killed.

There have been several huge operations involving thousands of officers to capture the 50-year-old in recent years, but until now none have been successful.

Otoniel become the head of the Gulf Clan, previously known as the Usuga Clan, after its previous leader – his brother – was killed by police in a raid on a New Year’s Eve party almost ten years ago.

Colombia’s security forces labelled the gang as the country’s most powerful criminal organisation, while authorities in the US describe it as “heavily armed [and] extremely violent”.

The gang, which operates in many provinces and has extensive international connections, is engaged in drug and people smuggling, illegal gold mining and extortion.

It is believed to have about 1,800 armed members who are mainly recruited from far-right paramilitary groups. Members have been arrested as far away as Argentina, Brazil, Honduras, Peru and Spain.

Shop proprietor gunned down in Moruga 0

Police detain 3, seize firearm, ammunition and a quantity of marijuana 0