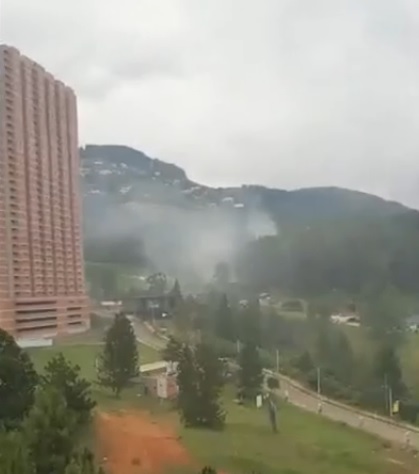 Colombian town goes up in smoke after weed haul destroyed

It was a case of puff, puff, no pass for residents of a Colombian suburb after police decided to burn a massive haul of confiscated marijuana on what turned out to be a very windy day.

Police and soldiers undertook a massive raid in the city of Bello, eventually seizing 1.5 tons of weed from local dealers on the streets.

It all took a turn for the worse though when officers decided, in an apparent show of disdain for the drug dealers, to burn the entire seizure shortly after but didn’t think to do a weather check.

This proved to be a massive oversight as the winds picked up and sent a cloud of marijuana smoke throughout the town.

The cloud of smoke was so overwhelming that officials had to evacuate several apartment towers in the area.

Officials say no one was injured as a result of the smoke and residents are thought to be happy.