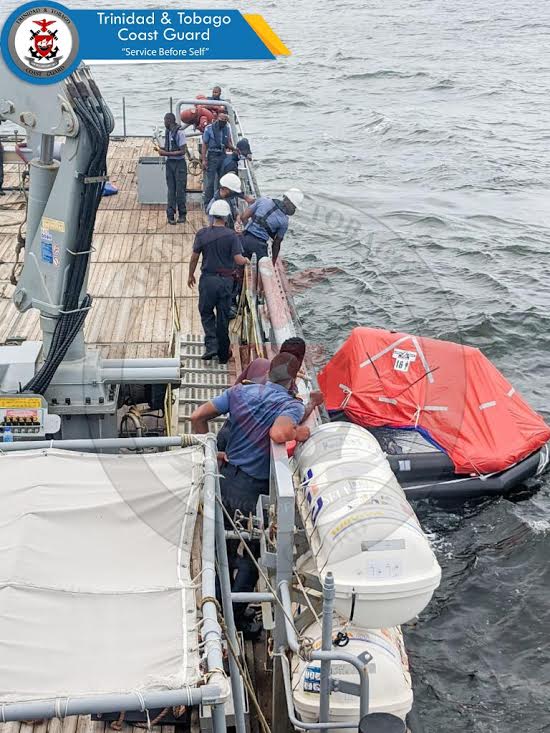 The Trinidad and Tobago Coast Guard (TTCG) rescued nine persons from a passenger vessel that was taking on water in the Gulf of Paria on Thursday.

At around 11:10 a.m, the Maritime Rescue Coordination Centre (MRCC) received a report of a Passenger Vessel named ‘BCSL Endeavor’. The initial report of the vessel in distress was made by the vessel’s agent, Broadway Surveillance Systems.

The TTCG immediately responded and began to work with the agent to coordinate a rescue operation.

The vessel’s last known position was determined and a pilot vessel was dispatched to render assistance whilst the Coast Guard activated one of its capital assets to join the search.

The pilot vessel arrived on the scene, and the crew discovered that the BCSL Endeavor was already fully submerged in a position approximately two Nautical Miles West of Point Lisas.  All occupants were already on-board life rafts.

They were safely transferred aboard the TTCG’s pilot vessel and the life rafts recovered.

A search was also made in the area to recover personal items.

The men were taken to TTCG headquarters at Staubles Bay where they were medically examined and allowed to leave.