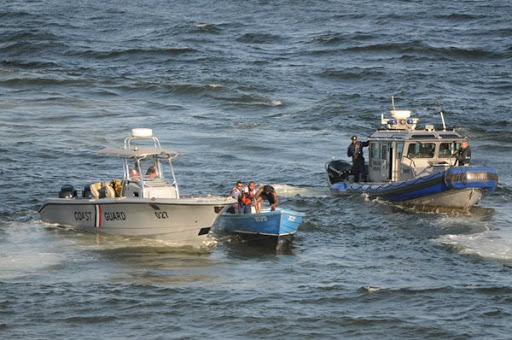 Three men have been handed over to police by officers of the Trinidad and Tobago Coast Guard, after allegedly being found with a gun and ammunition, while on a vessel out at sea

According to a release from the Coast Guard, officers were conducting patrols around 7:30 last night when they intercepted a pirogue at the Icacos Beach Fishing Depot.

It says three men were acting suspiciously and searches revealed a pistol with six rounds of ammunition.

The suspects, gun and ammunition are now in the hands of the TTPS and investigations are continuing.