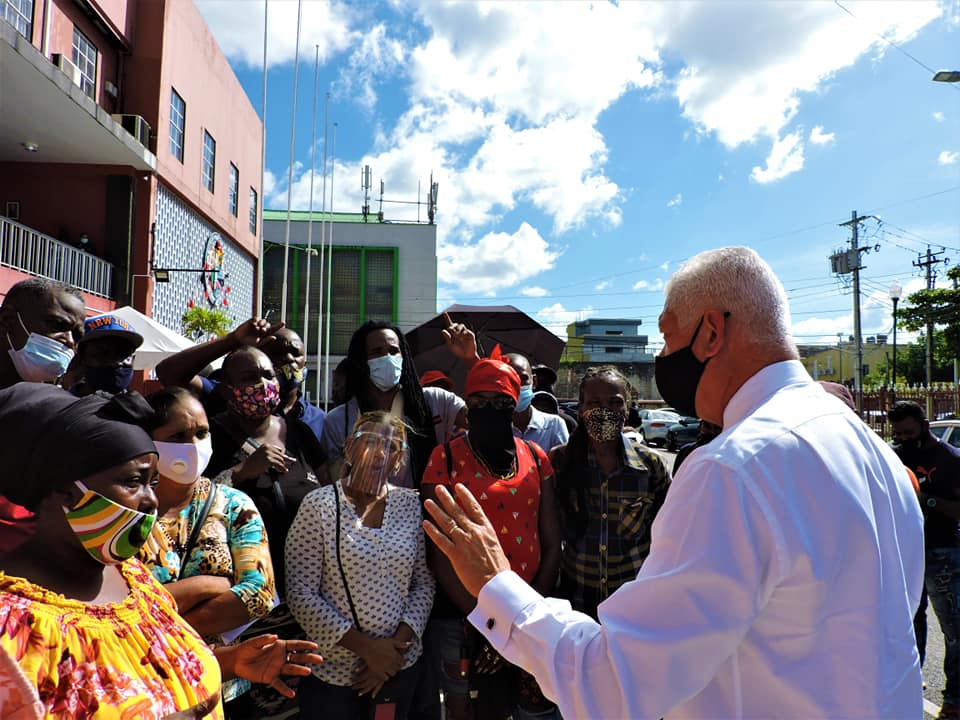 The Port of Spain Municipal Police met with vendors on Wednesday, who ply their trade within the city to take registration for the upcoming Christmas venue at the car park located at the South Quay, Port of Spain.

Mayor of POS, Joel Martinez, greeted the crowd that gathered at City Hall, he listened and answered some questions about the issues that the vendors are having in the city.

The Mayor reassured the vendors that everything that is being done is in the best interest of the capital city and its inhabitants, especially with the COVID 19 pandemic still a major issue in this country.

The Mayor said approximately 50 vendors registered on Wednesday so that they can sell on the streets of Port of Spain hassle free for the Christmas season.

He said those who registered will be given first preference to South Quay car park.

Martinez said he will be looking at restructuring vending on the streets post-Christmas and is now working with different models to see which is best.

Loading...
Newer Post
“Buh A A”: Lab-Grown Meat to Go On Sale in Singapore
Older Post
Jack Warner: The PNM will slaughter the UNC in 2025 if Kamla remains leader