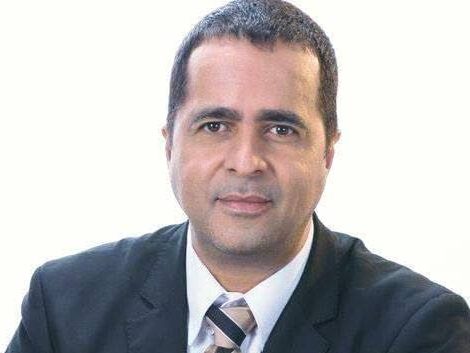 Phillip Edward Alexander, head of the Citizens Union of Trinidad & Tobago, is today asking what is government doing, following their decision to open government construction only.

In a release, he said “Not ONE of the ‘government’ financier construction projects are essential, not one. Most of the workforce in these projects are Chinese and other foreign workers, all of the projects are things that can be mothballed as they serve no immediate purpose, including the unnecessary overpass at Diego Martin and the questionable Tobago airport expansion, coming at a time when the globe expects a travel slump for the foreseeable future and while the national airline is under significant financial pressure to survive.”

He said “The private sector that fuels the economy and puts tens of thousands of nationals to work, are building and renovating homes and businesses and other facilities that directly impact the day to day lives of the vast majority of our citizens.
So what exactly is the government doing?”

“The reverse would have been the sensible approach as government has done nothing to support either construction entrepreneurs or workers since the lockdown began two months ago, with no concern spent on how these tens of thousands of citizens of the Republic of Trinidad & Tobago might be surviving.”

Alexander said “As a policy, this makes no sense to Covid, as there is no stipulation that all workers on government sites must be vaccinated, so why give an advantage to foreign nationals and frustrate local workers? Especially as local contractors are willing to stipulate to vaccinated workers only and to engage with health authorities to have workers vaccinate to become compliant.
So again, why is the government engaging in plans that seem to derail common sense and further destabilize the already struggling economy?”

“We in the Citizens Union of Trinidad & Tobago call on the government this morning to rethink this plan as it is going to have an adverse effect on the lives of many who have not received any assistance for all of the lockdowns, companies that pay into the corporate tax stream and whose workers are voters and taxpayers, unlike the foreign nationals being given preference here.”

He said “The government is sowing the wind of frustration and hunger here, where they should be lifting and carrying while we all work together to safeguard our nation.
This path can lead only to a whirlwind of preventable strife and unnecessary trouble, and while some may be anxious to flex their newly minted totalitarian muscles, this is not what governments are elected for.”

“The Citizens Union asks that you consider this a plea. Rethink this policy.
The large firms and foreign companies can withstand further lockdowns in a way that the small businesses cannot. Open the construction sector for limited days or on limited hours per day and monitor and contact trace cases to see if any upticks are caused by this sector.”

Alexander also suggested “Put the responsibility on owners to partner with government to ensure best practices or face shut down, and allow them to work in their and everyone’s best interest.”
Anything else is using policy and government against the very people who voted you into office, and leaves the public frustrated and wondering how government could be so heartless, and anxiously motivated for opportunities to change that.”