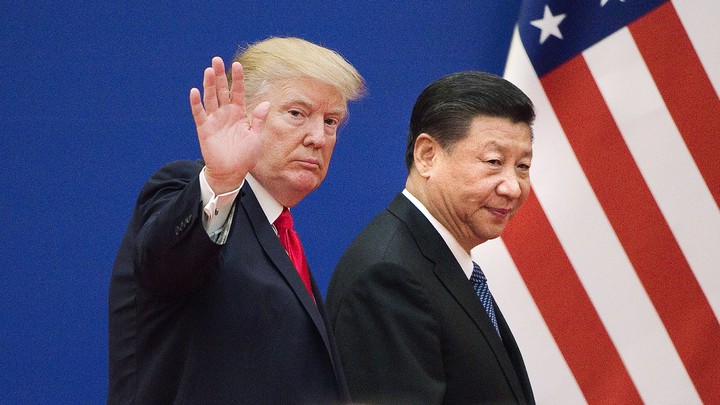 0 18 November, 2020 10:00 am
Speaking to the Global Times, a state-controlled Chinese tabloid, an international relations expert warned that Donald Trump may try to escalate his conflict with Beijing in his final months in power.The claim was made by Shen Yi, a professor at Shanghai Fudan University.

President elect Joe Biden will not be inaugurated as the 46th President of the United States until January 20th, until Trump has full presidential powers.

Ms Yi said, “Trump is setting a trap or planting a mine for the Biden administration. “

She suggested that Trump could use his presidential executive powers to strike down Chinese tech industry in the United States or punish Beijing for its treatment of its Uyghur Muslim minority.

The Global Times claims that this would force Mr. Biden to pursue a hard-line policy towards China unless he wants to be seen as a “panda hugger.”

The newspaper is owned by the ruling Communist Party in China and generally reflects the official opinion of Beijing.

John Ullyot, spokesman for the US National Security Council, also warned that a Biden presidency would find it difficult to restore relations with China.

He commented: “Unless Beijing changes course and becomes a responsible player on the world stage, future American presidents will find it politically suicidal to reverse President Trump’s historic actions.

Relations between the United States and China have deteriorated sharply under Trump’s presidency, with the two superpowers clashing over trade, Hong Kong, the South China Sea, Taiwan, human rights and the COVID-19 epidemic.

Beijing’s claim to sovereignty over the South China Sea overlaps with rival claims of five of its neighbours. The United States refuses to recognize the Chinese claim and periodically sends warships across the region on “freedom of navigation” patrols, to illustrate this point.

Trump’s administration has also imposed sanctions on a number of senior Chinese officials accused of persecuting the country’s Uyghur minority.

Up to one million Uyghur Muslims have been reported to be forcibly detained in re-education camps where torture and sexual abuse are rife.

At the start of his presidency, Trump said “we love each other”.

However, after the coronavirus emerged in China late last year, the president infuriated Beijing by insisting on calling it the “China virus” or Wuhan virus. “

Over the past two years, Trump has waged a partial trade war, including the imposition of tariffs, against Beijing with mixed results.

There have also been concerns about what President Trump will do with his remaining days in power in reference to Iran. Trump withdrew the United States from the Iran nuclear deal, negotiated by his predecessor, in 2018.