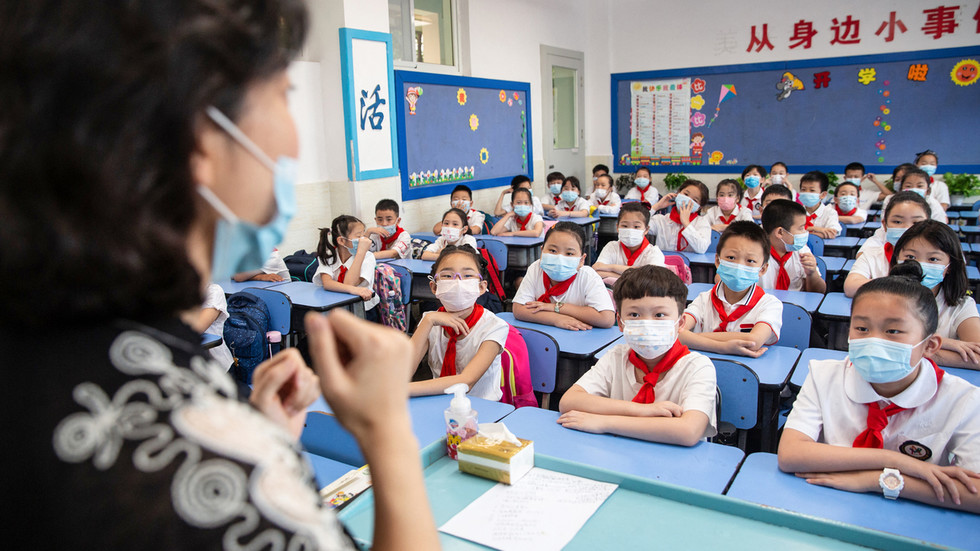 Students will not be allowed back in school in September unless their entire family is fully vaccinated, some local governments in China have said.

Several cities also said people needed to be vaccinated to enter public venues such as hospitals and supermarkets.

China joins other including France and Greece, which have made jabs mandatory in some sectors.

China has set a national target of inoculating 64% of its population by the end of the year.

“Those who are not yet inoculated should hurry and get jabbed to avoid affecting your child’s return to school,” read a notice posted in Guangxi province earlier this week, adding that this ruling applied to students of all ages.

Local governments in other provinces, including Jiangxi and Henan, issued similar directives to say that only pupils whose families are vaccinated would be allowed to attend the new autumn semester.

But the rules differ significantly from region to region.

In the northern Hebei province of Pingxiang, students aged between 12 and 17 will not be allowed back to school unless they are fully vaccinated. It is not clear if this applies to students of other ages.

Meanwhile, Hancheng in Shaanxi province said that unvaccinated people would not be allowed to visit hotels, restaurants, and entertainment venues, among others.

The deadlines differ across cities, but most of them have set a deadline of the end of July for people to receive their vaccinations before the strict measures kick in.

The announcements have been met with backlash online, with netizens calling them “unfair”.

“At first, they said vaccinations were voluntary. Turns out they’re mandatory after all,” one person wrote on microblogging platform Weibo.

China’s top health authorities have said that while people should be encouraged to get jabbed, the decision would be left to them.

However, lower levels of government have also been told to prioritise vaccinating as many people as possible.

China has administered more than 1.4bn doses of Covid-19 vaccines so far – though its health commission has not said how many people have been completely vaccinated.