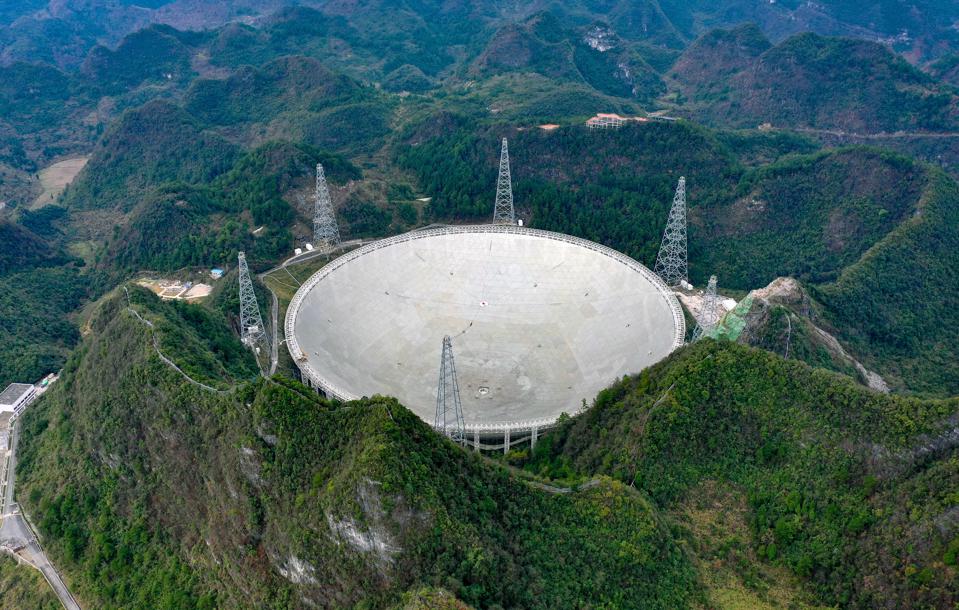 The largest radio telescope in the world, 500 meters in diameter, designed to better understand the universe or even detect aliens, will be fully operational in China in January 2021, becoming the symbol of the emergence of the Asian giant as one of the world leaders of the investigation.

Located among the green mountains of Pingtang, in the Guizhu province (southwest), this giant parable, as long as 30 football fields, will open its powerful measurement capabilities to foreign astronomers in 2021.

“I was in Arecibo. We were inspired by its structure, which we have gradually improved to build our telescope,” Wang Qiming, head of Fast’s operations center, told AFP.

So big is the Fast that it takes 20 minutes to turn it around, and it is also three times more sensitive than the defunct Arecibo facility, built between 2011 and 2016.

To prevent the waves emitted by humans and their devices (smartphones, cars, computers) from disturbing the measurements, the site is surrounded by a zone of electronic “silence” with a radius of 5 km.

The Fast is used mainly to capture radio signals emitted by celestial bodies, especially pulsars, dead stars that rotate on themselves.

These waves make it possible to reconstitute an image of the objects observed. And the data collected helps astronomers better understand the origins of the universe.

It can also be used to “detect possible extraterrestrial civilizations,” adds Wang, under the immense parable made up of 4,450 metal panels.

In accordance with international practice for this type of device, the Fast will accept from 2021 the demands of foreign scientists who want to carry out their measurements there.

A committee will debate the scientific interest of each project and decide “if it should be validated”, says Wang Qiming.

John Dickey, professor of physics at the University of Tasmania (Australia), is enthusiastic about this new radio telescope.

“I have seen the results obtained by the Fast so far. They are excellent”, especially with the discovery of more than 200 pulsars. “I would very much like to use it,” he told AFP.

“Scientists and engineers are increasingly given decision-making power and intellectual freedom to explore new ideas and take greater risks in their research,” he says.