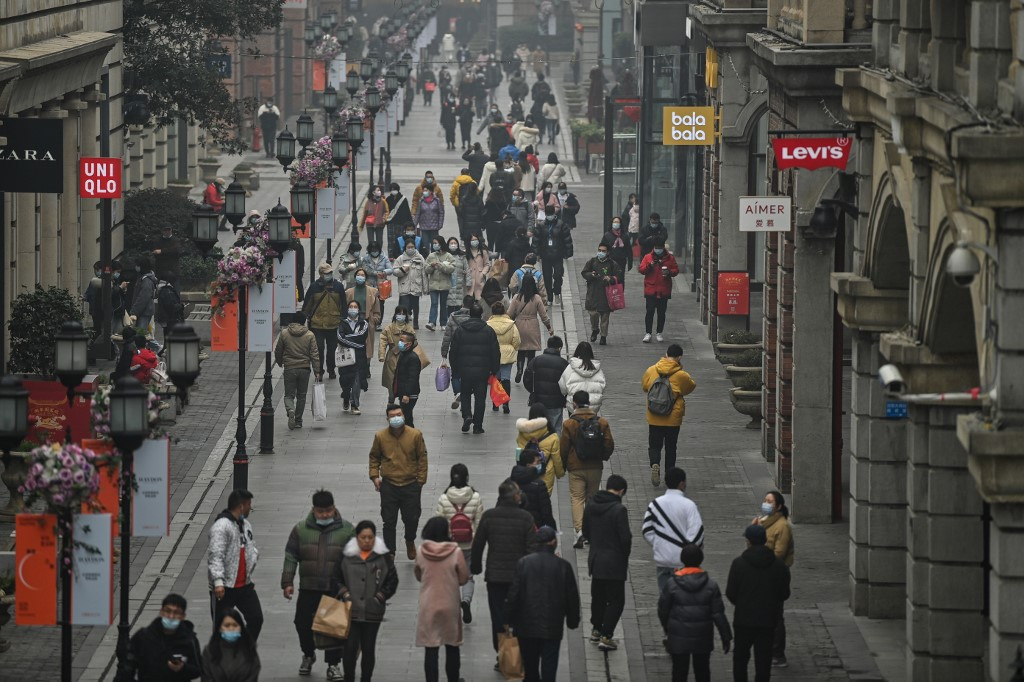 The Chinese city of Wuhan marked a year since it began its traumatic 76-day coronavirus lockdown on Saturday, as the pandemic raged elsewhere and governments scrambled to put new measures in place.

Europe has faced an increasingly difficult struggle with production problems affecting the supply of the AstraZeneca / Oxford vaccine as well as the Pfizer / BioNTech vaccine.

In the worst-affected country in the world, US President Joe Biden has warned that the death toll in the United States could exceed 600,000, the highest estimate yet which would mark a devastating increase from 400,000 dead so far .

But the situation was very different in Wuhan, where the buzz of traffic, bustling sidewalks and citizens’ packing yards and public transport underscored the scale of the recovery in the metropolis of 11 million people where the pathogen appeared before it went global.

“I think Wuhan is now quite safe, safer than my hometown and most places in China,” said Wang Yizhe, 21, a resident.

Thousands of Hong Kong people in Jordan, one of the city’s poorest and most densely populated areas, were ordered to stay at home on Saturday unless they could show a negative test, during the first lockdown from the city.

AstraZeneca told AFP on Friday evening that “lower performance” at one of its vaccine manufacturing sites would affect deliveries across Europe.

Lithuania estimated it would receive 80 percent fewer doses of AstraZeneca than expected in the first quarter, although the German and French ministers tried to reassure the public about a steady supply.

Deliveries of clichés made by Pfizer to countries on the continent are already late, with the American company upgrading the capacity of a Belgian factory.

In a meeting with representatives of AstraZeneca, the European Commission “insisted on a precise delivery schedule on the basis of which Member States should plan their vaccination programs”, tweeted Health Commissioner Stella Kyriakides.

Already cleared for use in Britain, EU authorities are expected to give the vaccine the green light at the end of January.

British Prime Minister Boris Johnson said on Friday there was “evidence” that the new strain first detected in the country “may be associated with a higher death rate” besides being more contagious .

The UK death toll at 95,981 on Friday is the highest in Europe. The World Health Organization has assured that fabric masks should continue to curb the spread of new variants from Britain, South Africa and Brazil.

However, the Norwegian capital Oslo has tightened health restrictions after the British variant was discovered in a nursing home, closing all stores except essential stores and asking people to restrict movement.

In Wuhan, a team of experts from the World Health Organization was still in quarantine in hotels ahead of a mission to investigate the source of the virus.

“All the assumptions are on the table,” WHO emergency director Michael Ryan said at a press conference in Geneva.

“And it is certainly too early to come to a conclusion on exactly where this virus started, whether in China or outside. ”

But there was good news on Friday for the poorest countries, as the WHO and pharmaceutical giant Pfizer announced an agreement for up to 40 million initial doses of the Pfizer-BioNTech vaccine to be made available to them via the global Covax pool.

A separate deal, negotiated by international agencies working with the WHO, will provide developing countries with tens of millions of rapid antigen tests at half the usual price of $5.