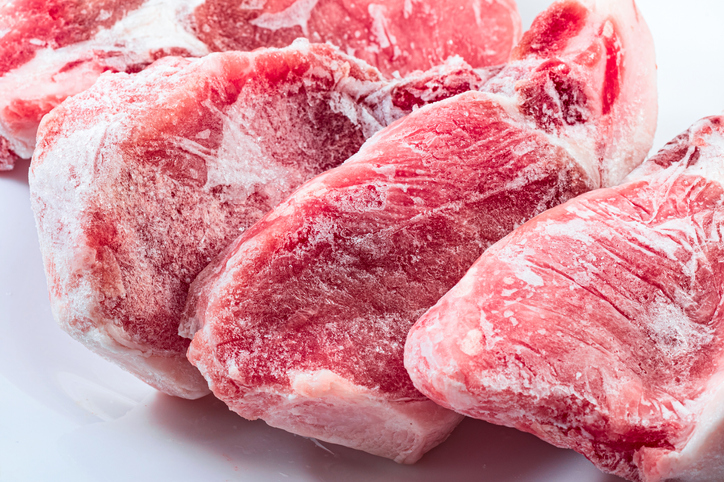 Coronavirus has reportedly been found on food products and packaging imported to China.

The city of Jinan said it found the coronavirus on beef and tripe, packaging and on the meat itself from Brazil, Bolivia and New Zealand, Reuters reported. The virus was also found on the packaging of pork imported from Argentina.

China, one of the world’s largest beef importers, is now stepping up testing on its frozen foods after the virus was detected on a number of imported products. The country has reportedly found COVID-19 on packaging of Argentine beef from Jiangsu and Shandong and on beef from Brazil imported into Wuhan.

The risk of catching COVID-19 from frozen foods is low, the World Health Organization has said.

The food was reportedly imported to Shanghai and more than 7,500 people who could have been exposed tested negative for the virus, Jian’s health commission said over the weekend.

Separately, the city of Baotou in China’s Inner Mongolia region said it disinfected some products and vehicles at a company after an asymptomatic coronavirus case in the northern city of Tianjin came into contact with a batch of frozen pork from France.

It was not known whether the authorities suspected the person of having infected the meat or vice versa. Nucleic acid tests on 115 people came back negative, authorities said.

As COVID-19 cases increase around the world, Moderna said on Monday that its vaccine could be more than 94% effective, according to data from the company’s study.

The news came a week after competitor Pfizer Inc. announced its own vaccine against COVID-19, which was reportedly close to the same level of 90% effectiveness.

Loading...
Newer Post
Quality of life of all Tobagonians will not be affected, despite shortfall in budgetary allocation
Older Post
Fuad Khan believes Kamla and Vasant can co-exist as UNC leaders