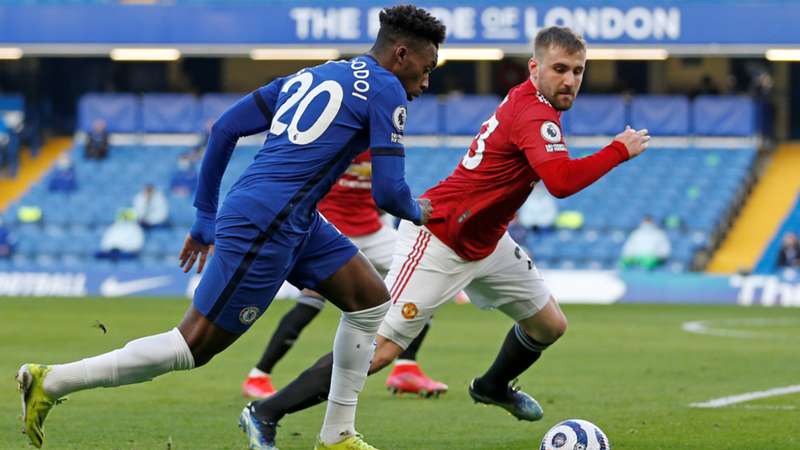 It was a Premier League Sunday for Manchester City without playing. The English football championship leader is now twelve points ahead of city rivals Manchester United, who did not get past 0-0 at Chelsea.

The “Citizens” have a 13-point lead over Leicester City, which suffered a setback in the race for the Champions League after losing in the Europa League and lost 3-1 at home in the Arsenal league.

The fifth in the table, Chelsea, remained unbeaten in the ninth game in a row under the new coach Thomas Tuchel, but was also lucky on Sunday that the video referee did not decide on a hand penalty after Callum Hudson-Odoi hit the ball in his own penalty area after around 15 minutes of play Hand touched.

City rivals Arsenal may at least again flirt with the international starting places. Without a win, the Londoners, who had previously only won one of their last five league games, would have finally threatened to fall into the no man’s land of the table. Youri Tielemans gave Leicester an early lead (6th). Arsenal turned the game around thanks to a head goal by David Luiz (39th), a penalty from Alexandre Lacazette (45th + 2) and a goal by Nicolas Pepe (52nd).

In the evening game, Liverpool prevailed 2-0 thanks to the goals of Curtis Jones (48th) and Roberto Firmino (64th) away against the beaten bottom Sheffield United with 2-0 and thus ended the negative series of the last four league defeats in a row. The sixth-placed defending champion does not have a realistic chance of winning the championship with 19 points behind ManCity, but is only two points behind fourth West Ham.