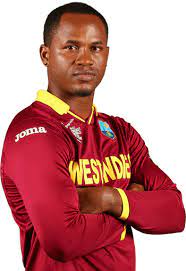 The West Indies Players’ Association has been advised that charges have been levelled by the International Cricket Council’s Anti-Corruption Unit on former West Indies batsman Marlon Samuels.

Samuels has been charged with breaching four counts of the Emirates Cricket Board’s Anti-Corruption Code surrounding the T10 League in Abu Dhabi in 2019.

He has been given 14 days to respond to the charges.

Since then, WIPA has conducted several seminars with players on a wide range of issues, including Anti-Corruption and Match-Fixing.

In a media release on Wednesday afternoon, WIPA said it has conducted joint seminars with Cricket West Indies and have partnered with the Federation of International Cricketers’ Associations to have such information accessible at any time via an online platform.

WIPA said it will continue to educate cricketers about pertinent issues that contribute to their personal and professional development and help to safeguard the sustainability and integrity of the sport.

WIPA also urged all West Indian cricketers to play their part in protecting the sanctity of the sport we all love.