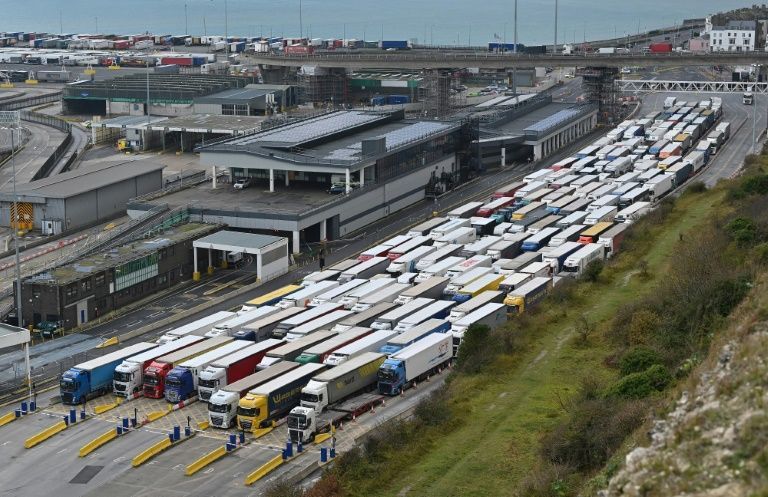 Chaos at Britain’s Borders and Fears of Food Shortages

The United Kingdom is heading steadily towards a Christmas season plunged into chaos, with all means of transport paralyzed between London and the rest of the world, 18 million English confined and the fear that the country will run out of fresh produce from the mainland. All because of a new strain of coronavirus that appeared in the southeast of the country, which seems to spread 70% faster than the previous one.

During the day, other governments on the planet adopted similar, sometimes stricter measures: Australia, Canada, India, Hong Kong, Russia, Israel, Iran, Morocco, Kuwait, Saudi Arabia, Oman. In Latin America, Argentina, Chile, Colombia, Ecuador, El Salvador and Peru banned flights from the United Kingdom. The US authorities, in turn, announced that they were monitoring the British situation “very carefully”, although they did not plan for the moment to ban travel from that country.

France, for its part, suspended all air and rail travel for 48 hours. But it also included in the ban the traffic of thousands of trucks of goods that circulate every day between the two countries, raising the additional fear of an eventual shortage of fresh products for the holidays in Great Britain.

A fear that Boris Johnson tried to dispel this morning by dedicating half an hour of his daily prey lecture.

“No, the UK will not lack fresh produce. There are enough reserves to satisfy the entire population. Our country only imports 20% of these products from the continent,” repeated the premier. However, the situation appeared before many as the announcement of what could happen in the event of a Brexit without an agreement (no deal) on the future bilateral trade relationship, when the United Kingdom leaves the European Union (EU) definitively on December 31st .

Johnson also reported that he had had an “excellent” conversation with French President Emmanuel Macron., confined for several days after contracting Covid-19, and that both were looking for a solution “in a few more hours.”

Since the morning, the EU countries held virtual meetings in order to adopt a common position for the 27 countries of the bloc. The final decision should be known this Wednesday.

In the midst of the general chaos, The World Health Organization (WHO) contradicted Matt Hancock today, assuring that the new strain of coronavirus “is not out of control”.

“We have had a reproduction rate (RO) much higher than 1.5 in some moments of this pandemic and we managed to control it,” said the person in charge of health emergencies in the organization, Michael Ryan, insisting on the need to conserve barrier-measures.

Scientists, for their part, agree on the need to obtain more data on the new strain. For them, little is known about the N501Y mutation discovered in the UK and its advertised speed of spread. They also do not believe that it will affect the effectiveness of existing vaccines.

WATCH: Woman hits one vehicle, reverses and hits another then escapes 0