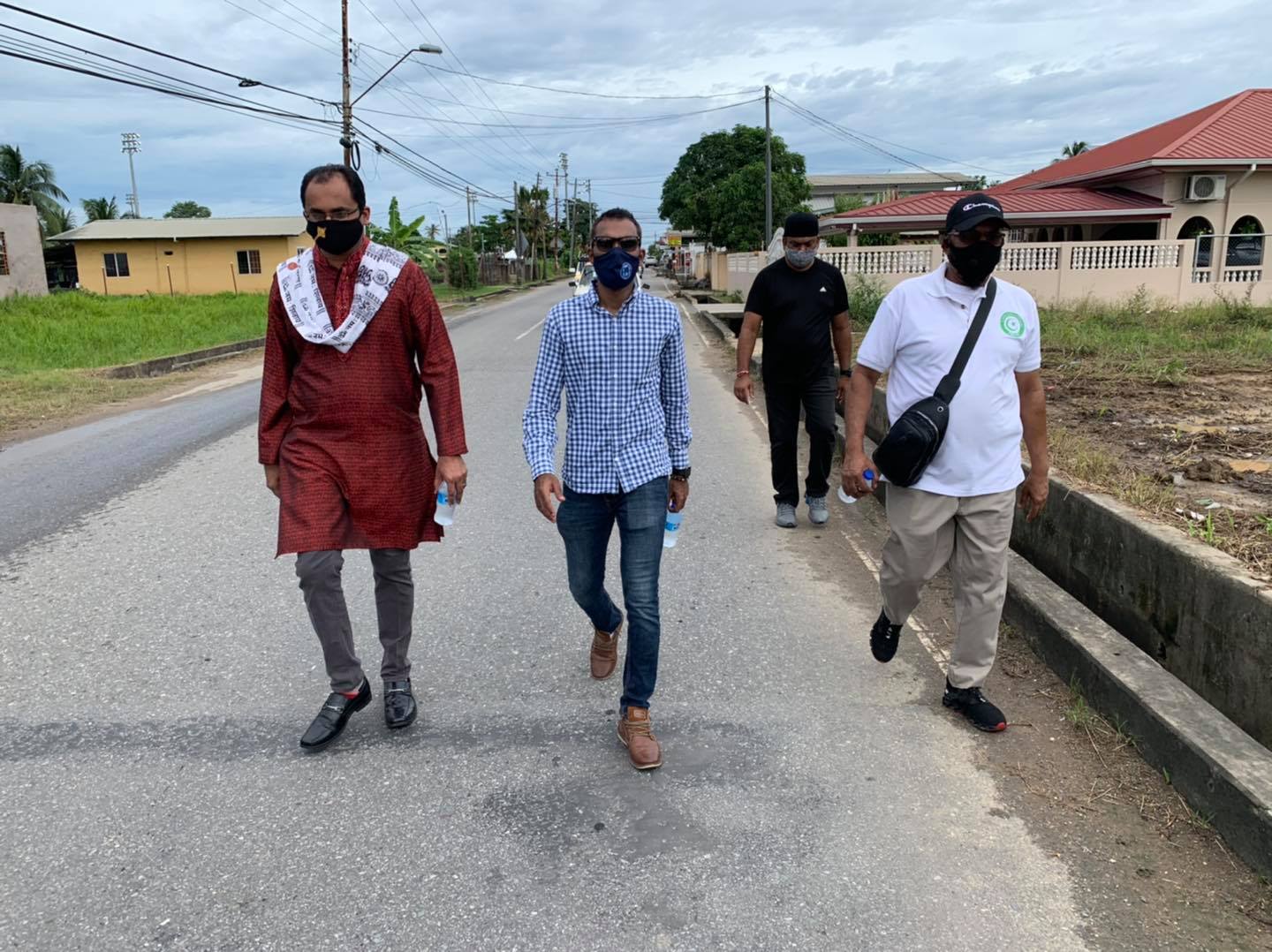 The men urged the few residents who turned out in support of the gesture, to “take back their community from the hands of criminals by uniting for the fight.”

Rambally said “We need to send a loud message via this walkabout and small motorcade to the criminal elements that we are taking a stand against you and this march is just the beginning of things to come.” 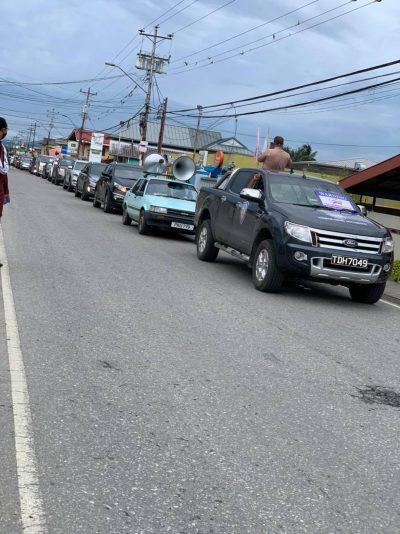 He added: “We have a meeting with the head of the Central Division police to see that they are well ahead of the conditions the residents are living in. We have been trying to educate the community, now is the time to become our brother’s keeper. We have set up a committee to get plans rolled out as to how we can start our own activities.”

Mayor Mohammed said his corporation is acquiring two municipal police vehicles and the plan is for the municipal officers to conduct patrols from midnight to 5 am.

Members of the community were asked to sign a petition, pleading for additional resources to fight the crime, and this petition is to be handed over to National Security Minister Stuart Young and Commissioner of Police Gary Griffith. 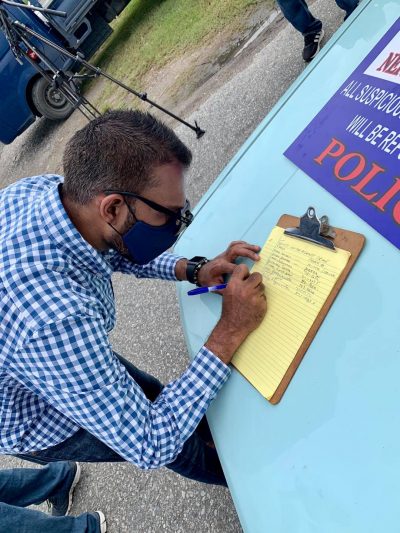 Residents are also hoping for the setting up of a police post, increased police patrols and a meeting with Young and Griffith.