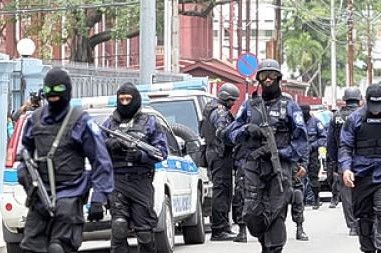 A Chaguanas man was arrested with quantities of cocaine, marijuana, and TT and US currencies at his home yesterday.

Officers of the Central Division Task Force conducted an anti-crime exercise and seized the items during the search. The exercise resulted in officers finding 49 grammes of cocaine, 89 grammes of marijuana, TT$56,933 and US$58 in cash. The suspect who was in the house at the time was arrested in connection with the finds.

The exercise was supervised by Snr. Supt. (Ag.) Hunte, Supt. Mystar and ASP (Ag.) Smith. The same party of officers also proceeded to a bushy area at Peter’s Field, where they conducted a search and found a plastic bag containing 1.3 kilogrammes of marijuana and 68 grammes of cocaine.