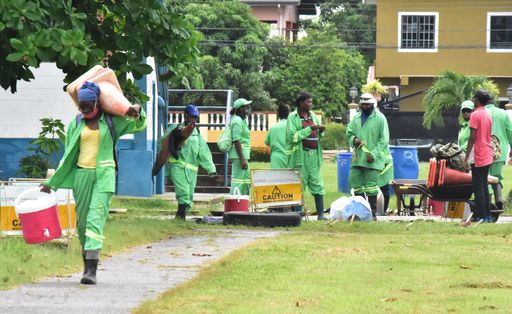 CEPEP workers to receive two-thirds of their salary

Government will not be cutting the salaries of the Community-based Environmental, Protection, and Enhancement Company Ltd (CEPEP) employees.

Addressing the nation during the Covid19 media briefing at the Diplomatic Centre on Saturday, he said, for the period that they are home during the COVID-19 pandemic, they will receive two-thirds of their salary, but it will be in the form of a grant.

He said “If we had shut the programme down and say ok, let them go to the social support ministry for the grants, all that would have done is send 10,000 people to the ministry to create more problems. We know who those people are as we have them in a programme. So they are getting their grants through that programme.”

The PM’s clarification follows a release by CEPEP on Friday, which stated that a decision was taken to reduce the period of work to four hours per day, reduce the teams’ by 50 per cent so that each worker will work two days a week and their salaries will be reduced by 33.3 per cent.

Loading...
Newer Post
T&T bidding for a “couple games” of England’s tour of the West Indies
Older Post
Supermarket Assoc. to use Centre Point Mall for mass vaccination of workers