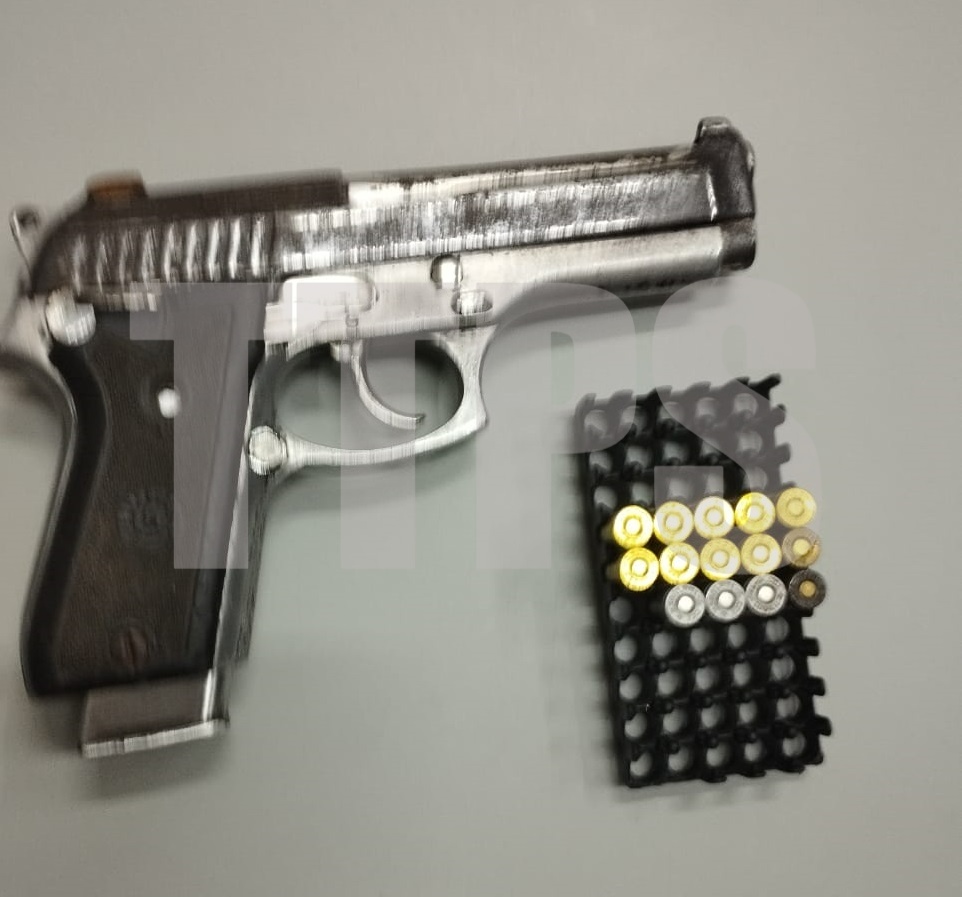 Exercises held in the Central, Northern and North Eastern Divisions yesterday resulted in the arrest of two persons, the seizure of two guns along with a quantity of ammunition and 11 marijuana trees.

The execution of a search warrant at a home of a 22-year-old man in Pinto, Arima yesterday led to the alleged seizure of one Taurus nine-millimetre pistol with 14 rounds of nine-millimetre ammunition. The man was arrested and taken to the Pinto Police Post.

Three rounds of nine-millimetre ammunition were also allegedly found during the execution of a search warrant at a residence on Bye Pass Road, Arima yesterday. A 24-year-old man was held and is assisting police with various shooting and wounding investigations in the area.

An exercise conducted in Freeport yesterday between the hours of 3 pm and 11 pm, based on information received, led officers to Tewarie Circular South, Freeport. There, about 150 feet off the roadway, in a bushy area, they allegedly found an assault rifle fitted with a magazine, wrapped in a grey vest.

Officers of the North Eastern Division, also acting on information received, proceeded to Garden Road, Aranguez during an exercise conducted between 2 pm and 8:30 pm yesterday. They allegedly found 11 fully grown marijuana trees barricaded by a black-coloured tarpaulin on land used for gardening.
Enquiries into these incidents are ongoing.