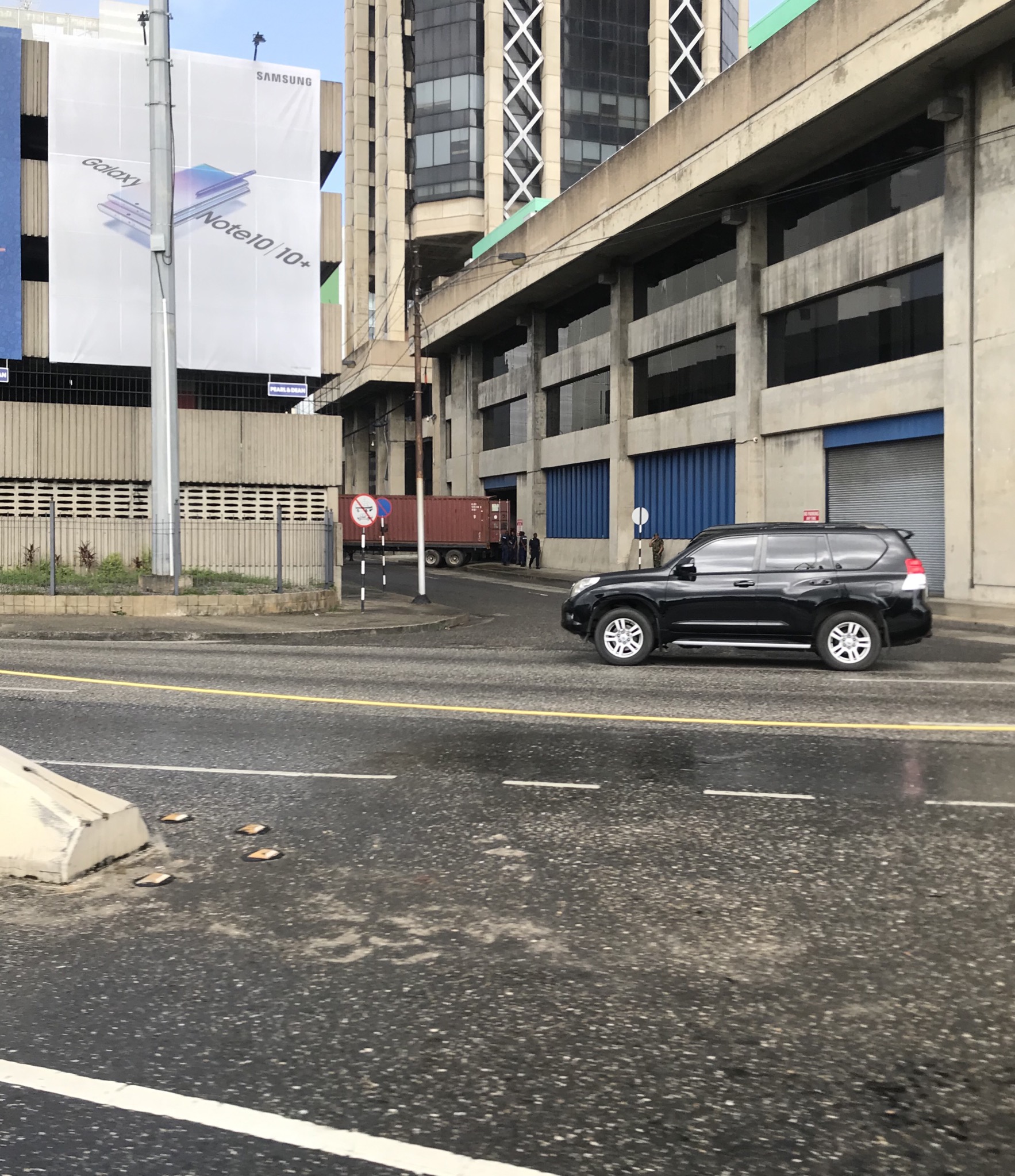 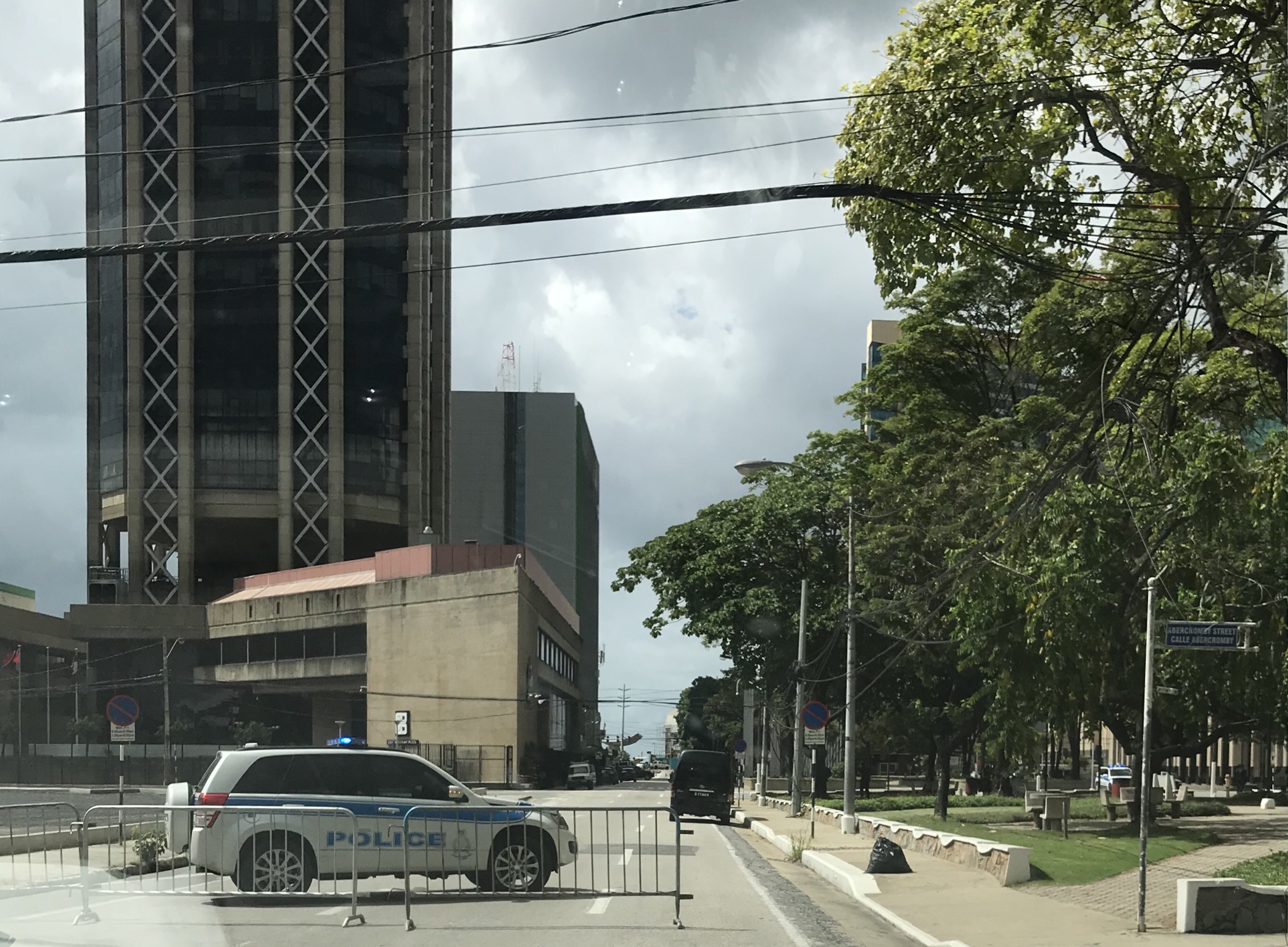 The blocks in Port of Spain have been cordoned off around Central Bank to facilitate the transfer of the new 100 dollar notes as announced by Government. National security personnel including police and TTDF are out and active around the bank. A National security helicopter is also circling the area around Central Bank. Traffic is being diverted to facilitate the process.

Wrightson Road traffic heading East is also being diverted into POS while the lanes heading west are open to traffic.