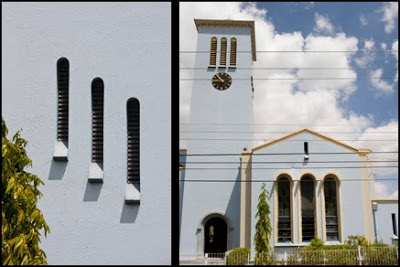 An independent investigation by the Archdiocese of Port of Spain, has cleared a Roman Catholic priest of any wrongdoing, as alleged by a female security guard in an online video earlier this month.

The woman accused the priest of misusing his office at Our Lady of Perpetual Help parish in San Fernando and she claimed that after being unjustly fired from her job as a security guard at the church, she felt compelled to speak out.

The woman said the priest caused her to lose her job after she raised allegations against him. She claimed she had been keeping secrets concerning the priest’s behaviour.

However, a statement issued by the Archdiocese yesterday noted that there was no evidence to support or substantiate the claims.

The statement said “Further to the publication of an online video making allegations against a Roman Catholic priest at the Our Lady of Perpetual Help parish, the RC Archdiocese of Port of Spain advises that an independent investigation by a team of professionals was conducted, and a detailed report submitted.

“The investigation has found that there be no evidence to support or substantiate the claims made in the video.

“The Church is concerned for the well-being of all persons involved and will continue to provide prayerful support. Gratitude is extended to the persons who assisted in the investigations,” the statement read.