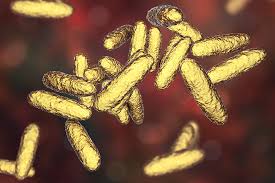 Cases of a rare flesh-eating sexually transmitted disease that reportedly causes nasty “beefy red” ulcers on the skin are on the rise in the United Kingdom.

Experts say cases of an STD called donovanosis, which causes thick sores that attack genital tissue, have been steadily rising in the region since 2016.

The STD is generally transmitted through unprotected sex, but in sporadic cases, it can also be spread through non-sexual skin-on-skin contact and from mothers to their newborn babies.

The disease can be treated with antibiotics.

Figures suggest that donovanosis, which was previously thought to be restricted to places including India, Brazil, and New Guinea, is becoming more common on these shores,” Dr. Datta, of London’sMyHealthCare Clinic told the New York Post.

In 2019, medical experts reported 30 cases of the STD in the UK, but the rise of infections in the past two years could pose a public health risk.

Loading...
Newer Post
Woman dressed as a ghost shot by neighbours in Mexico
Older Post
Driver injures as he jumps out of moving car to escape gunman