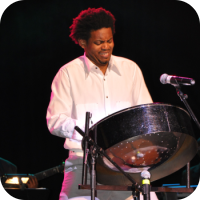 Carifesta, Pan woes…Pan men calling for respect to be shown for the national instrument

Veteran Panist, Dane Gulston is today pleading with the Minister of Community Development, Culture and the Arts Dr Nyan Gadsby-Dolly, as the national instrument, the steel pan is not carded for some of the main events at the for Carifesta XIV.

Speaking with News Power Now this morning, Gulston said, while pan men will be featured at events free for the public, pan players are not guaranteed to be paid.

Gulston also said that the national instrument will not be featured on the main day August 24th where some of the biggest Caribbean acts will be highlighted.

Gulston is also asking for the decision makers in T&T and the wider Caribbean to respect the steelpan inside and outside of Carnival.

The producer and promoter of the Island Beats concert will bring the curtain down on Carifesta XIV on August 24.

The show will be held at the Queen’s Park Savannah and will feature international stars Shaggy, Kassav, Calypso Rose, Machel Montano and other local acts.