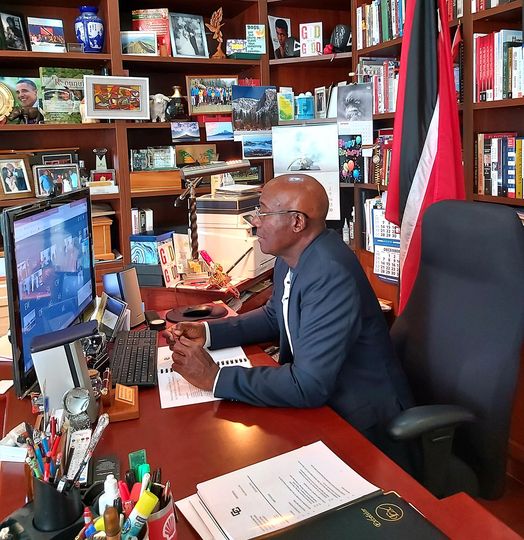 CARICOM fully supportive of Guyana in its border dispute with Venezuela

Caricom has criticised the Venezuelan government’s recent claim to two-thirds of Guyana, a Caricom member State, including its offshore and oil-rich areas.

Following Caricom’s virtual meeting on Tuesday, which is now chaired by Prime Minister Dr Keith Rowley, the Caribbean body stated that “…it is deeply disappointed and concerned at the decree and subsequent statements by Venezuela with respect to that country’s border controversy with Guyana, including intimations of the creation of a strategic area of national development called ‘Territory for the Development of the Atlantic Façade.’”

Caricom said it was in full support of the judicial process under way at the International Court of Justice (ICJ) to bring a peaceful and definitive end to the long-standing row.

“Caricom reiterates in the strongest possible terms its firm and unswerving support for the maintenance and preservation of the sovereignty and territorial integrity of Guyana.

“Caricom firmly repudiates any acts of aggression by Venezuela against Guyana.”

Guyana president Irfaan Ali said Venezuela’s claim posed a risk to peace and security. He said, “We have indicated to him that in accordance with international laws and in line with its sovereignty and territorial integrity, Guyana rejects outright the decree issued by Maduro.”

Tuesday’s Caricom meeting was the PM’s first official task as chairman of Caricom.
It was also his first p comes days after Dr Rowley had an angioplasty performed.

Man, 60, charged for breaching curfew – says it was the only time he could steal 0