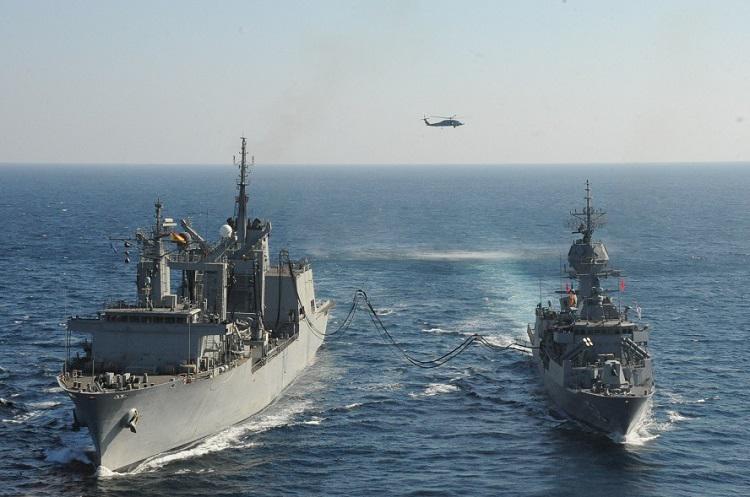 Several regional experts and senior civil servants today launched a maritime security strategy while declaring the time has come for the region to work together to secure seas and shores, during a conference in Barbados.

As the Eastern Caribbean’s seven-nation defense pact, the Regional Security System (RSS) launched a maritime security project funded by the Caribbean Development Bank (CDB), the agency’s executive director, Captain Ricky Shurland highlighted the shared security challenge posed by the physical and geographical closeness of the islands, as well as its shared maritime space.

He said this challenge could be addressed through cooperation and information sharing, as they were necessary to maximize maritime and port security.

Director of the Coastal Zone Management Unit Dr. Leo Brewster who delivered remarks at the launch on behalf of the Minister of Maritime Affairs and the Blue Economy Kirk Humphrey called for a stronger framework to be implemented.

But he maintained that if the islands of the Caribbean were to be successful in their efforts it would require greater collaboration.

Dr Brewster said: “Given the significant importance of the marine areas to the economic development of most islands and the diverse nature in which this domain can be leveraged for the attainment of national security there is a need to achieve greater coherence and coordination across the myriad of stakeholders and competing interests within the social, economic and environmental pillars in nation-states and by extension the Caribbean region.

“This can be achieved with the creation and adoption of an ocean governance framework, an American security strategy, to probably chart the way to manage the maritime resources and delineating a path for improved coordination of maritime security cooperation among the seven-nation bloc.”

He told the audience at the Radisson Aquatica hotel that there were key areas that had to be considered when seeking to improve the resources within the maritime domain including the achievement of sustainable economic development and the improvement of marine eco-systems.

Daniel Best, the CDB’s Director of Projects, also joined in saying that the regional maritime security initiative was critical and overdue.

He too cautioned that it would take a collective effort as islands could not monitor their waters individually.

Best said: “For us in this sub-region, maritime security is an important regional public good, since our vast maritime domain and overlapping exclusive economic zones, renders it impossible for us to effectively protect and manage our marine space individually.

“The threats to the sustainability of our marine space and its dependent sectors, therefore, range from terrorism, piracy, trafficking of narcotics, people and illicit goods, arms proliferation, illegal fishing, environmental crimes, to maritime accidents and disasters… protecting our borders and ensuring that all the major state actors are on board is critical.”

The countries involved in the project are RSS member states Antigua and Barbuda, Barbados, Dominica, Grenada, St Kitts and Nevis, St Lucia and St Vincent and the Grenadines.

The two-day project is being financed by the CDB to the tune of US$338,000 with assistance from the Organisation of American States.

Meeting with the Prime Minister and members of the U.S Congress deemed a success 0