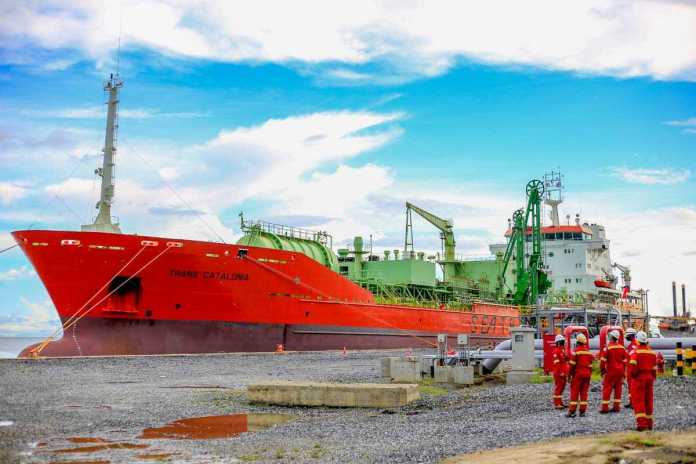 Five years after breaking ground for the construction of the methanol to Dimethyl Ether (DME) plant at La Brea, Caribbean Gas Chemical Limited (CGCL) has loaded its first cargo of methanol as it starts export of the commodity.

The shipment is a significant step forward for the company.

In a news release, CGCL said the shipment was loaded on-board the M/T Trans Catalonia at LABIDCO’s Port of Brighton La Brea.

CGCL said 13,000 metric tons of methanol were loaded onto the vessel.

This is likely to increase this country’s export of methanol which has been hard-hit by the closure of plants at the Point Lisas Industrial Estate owing to depressed international prices for the commodity and higher natural gas prices in T&T.

Natural gas is the major feedstock in the production of methanol and it is believed that CGCL, which is partly owned by the NGC, has benefited from favourable gas prices.

CGCL’s Chief Executive Officer (CEO), Nakaba Aoyagi, said: “This is a great day for CGCL! The team has worked tirelessly to get us to this point amid a dreadful pandemic and I am extremely proud for the achievement of this remarkable milestone for both the company and the country.”