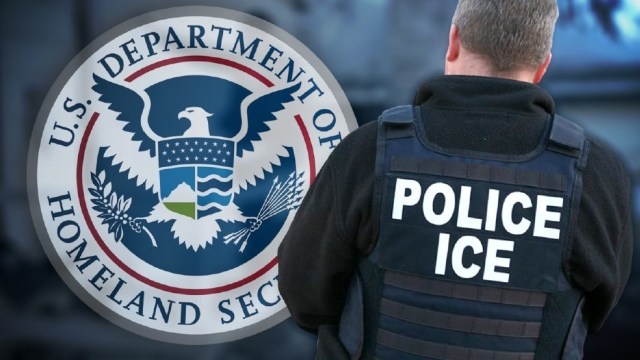 The United States Immigration and Customs Enforcement (ICE) Agency says officers from its Enforcement and Removal Operations (ERO) Unit have arrested Caribbean nationals among 19 individuals in several counties throughout Massachusetts during a four-day enforcement action, targeting criminal immigrants who have been convicted or charged with fentanyl, heroin and other drug-related trafficking crimes.

Those arrested during the enforcement action hail from seven different countries.

Six are nationals from the Dominican Republic, two from Haiti and one from the Bahamas.

The other countries were Brazil, Cape Verde, France and Guatemala.

ICE said many of these criminal immigrants were released from local law enforcement custody into Massachusetts communities “with no notification” to the agency.

He has pending charges for trafficking cocaine and false identity, was removed from the country in 2018 and illegally re-entered.

He has also been charged with re-entry after deportation, a federal felony that carries a maximum prison term of up to 20 years.

According to ICE, it lodges detainers on individuals who have been arrested on criminal charges and who it has probable cause to believe are removable immigrants.

“The detainer asks the other law enforcement agency to notify ICE in advance of release and to maintain custody of the alien for a brief period of time so that ICE can take custody of that person in a safe and secure setting upon release from that agency’s custody,” the ICE noted in a statement.

“When law enforcement agencies fail to honour immigration detainers and release serious criminal offenders onto the streets, it undermines ICE’s ability to protect public safety and carry out its mission,” it added.