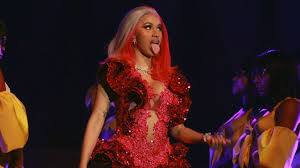 Playboy just announced Cardi B as its “Creative Director In Residence.”

The 29-year-old mother of two will also serve as the founding creative director and a founding member of “Centerfold,” a new creator-led platform that Playboy is launching later this month.

Cardi B will serve as the Founding Creative Director and a founding member of Playboy’s upcoming creator-led platform, ‘CENTERFOLD,’”

Ben Kohn, Chief Executive Officer of PLBY Group, called Cardi B. “A creative genius, and we are absolutely thrilled and honored to bring her immense talent and creative vision to Playboy. Through her unapologetic commitment to free expression, her dedication to lifting up artistic voices and her celebration of sex and body positivity, Cardi is the embodiment of the Playboy brand.”