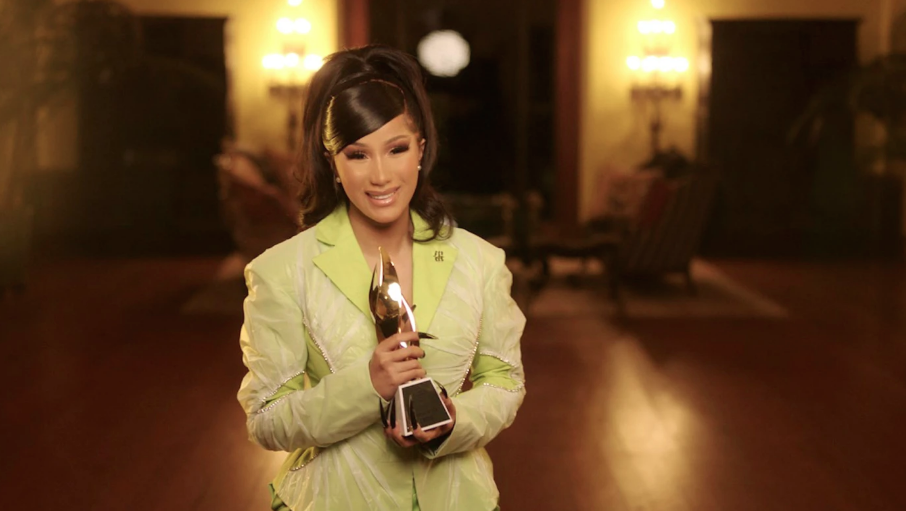 Cardi B is Billboard’s Woman of the Year

Cardi B accepted Billboard’s Woman of the Year award on Thursday night, presented to her by Breonna Taylor’s mother.

The rapper was honored for her political activism throughout the year, most notably her effort to speak out on behalf of Breonna Taylor, who was killed by Louisville, Ky., police during a no-knock raid on her apartment.

“One of Breonna’s most outspoken advocates over the past few months has been Cardi B,” Taylor’s mother, Tamika Palmer, said during the virtual event. “Cardi has used her platform to spread the truth about what happened to Breonna and to reaffirm that Black women’s lives matter. Cardi B’s impact reaches far beyond music. That why I am so proud and honored to present Billboard’s Woman of the Year award to Miss Cardi B.”

In her acceptance speech, Cardi B touched on overcoming a creative block due to the coronavirus pandemic and the success from her hit song “WAP.”

“This year, when it came to music, I had so many things planned. I had so many projects that I wanted to come out. Unfortunately, due to COVID, I couldn’t put out the visuals the way that I wanted, it messed up my creative space. You know, I think everyone this year was just messed up. So I’m just grateful and thankful that the song that I actually did put out this year, which was ‘WAP,’ featuring Megan Thee Stallion, not only was it an amazing song that broke so many records, but it was a conversation that I never thought was going to be so big.”

“I mean, it pissed off a whole bunch of Republicans for no reason, you know what I’m saying? It was just weird, ” she added with a laugh.

Cardi B, a longtime supporter of Sen. Bernie Sanders (I-Vt.) who endorsed now-President-elect Joe Biden after he won the Democratic primary earlier this year, also encouraged viewers to go after their dreams.

In November, Cardi B encouraged her fans to get out to vote, sharing that she woke up early and waited in line to exercise her right to vote on Election Day.

Billboard’s annual Women in Music event on Thursday night virtually assembled some of the music industry’s 2020 powerhouses for a celebration hosted by the illustrious Teyana Taylor.

No Reports Of Abuse At Heliport Facility , Chaguarasmas, Says The National Security Minister 0

Joe Biden Wins in the Republican Bastion of Michigan 0

Ansel Roget: “If there was a Union rep at Paria diving tragedy would not have occurred” 0