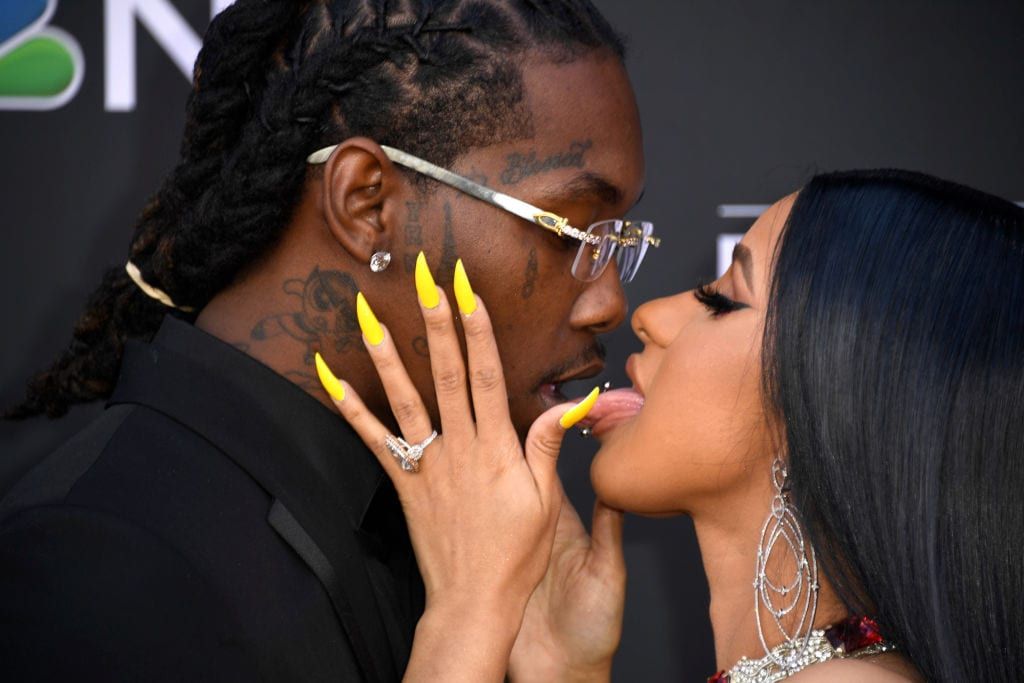 Cardi B and Offset are back together

U.S rapper Cardi B and husband of four years, Offset are back together. This news comes after Cardi filed for divorce last month.

This left some fans happy for her to finally move on from Offset, who has been plagued with allegations of cheating; which Cardi denied and said she left him because the couple argued too often and she wanted space.

Now, this latest news of a makeup has left fans confused, when the two were spotted together in Las Vegas for Cardi’s recent birthday celebration.

Cardi later took to social media to explain why she hooked back up with her husband.

“I just be starting to miss him; it’s hard not to talk to your best friend. And it’s really hard to have no d—,” said Cardi via an Instagram Live on Tuesday. “I know I’m not bipolar ’cause I took a test,” she said in regards to changing her mind and them getting back together.

Back in 2018, Cardi announced she was leaving The Migos rapper until he interrupted one of her shows with a grandiose apology.

Offset hopped on stage while Cardi was performing at the Rolling Loud Festival in Los Angeles. He interrupted her show with a “TAKE ME BACK CARDI,” cake and flowers. He then went on to say, “I just want to tell you I’m sorry, bruh, In person. In front of the world.”

This time around the rapper gifted her with an offer she said she couldn’t refuse.