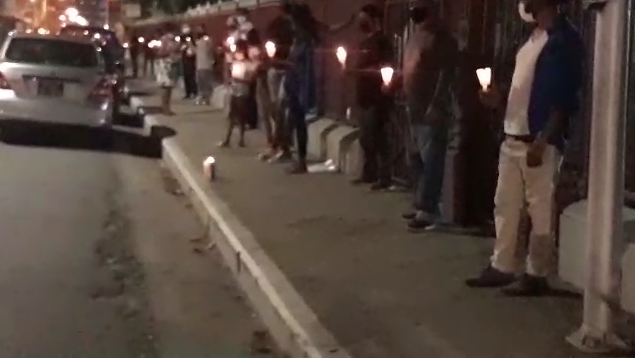 The Movement in a media release said Dr. Keith Rowley’s statements were “the only country in the Caribbean, where in the middle of a pandemic, the Opposition organised gatherings of people called vigils; thousands of people for a month trying to exploit the death of Andrea Bharatt and you asking me how we got here. What other gatherings took place?”

The Movement also says it is not surprised that the Prime Minister has sought to use the name of a murder victim as a scapegoat for the current rise in covid cases.

They are now calling on the Prime Minister to “stop playing politics and to look at the failures of his Government in the execution of its functions.”

Should Tracy Davidson-Celestine offer her resignation as the leader of the Tobago Council of the PNM?

2 non-nationals held with ammunition in Freeport 0