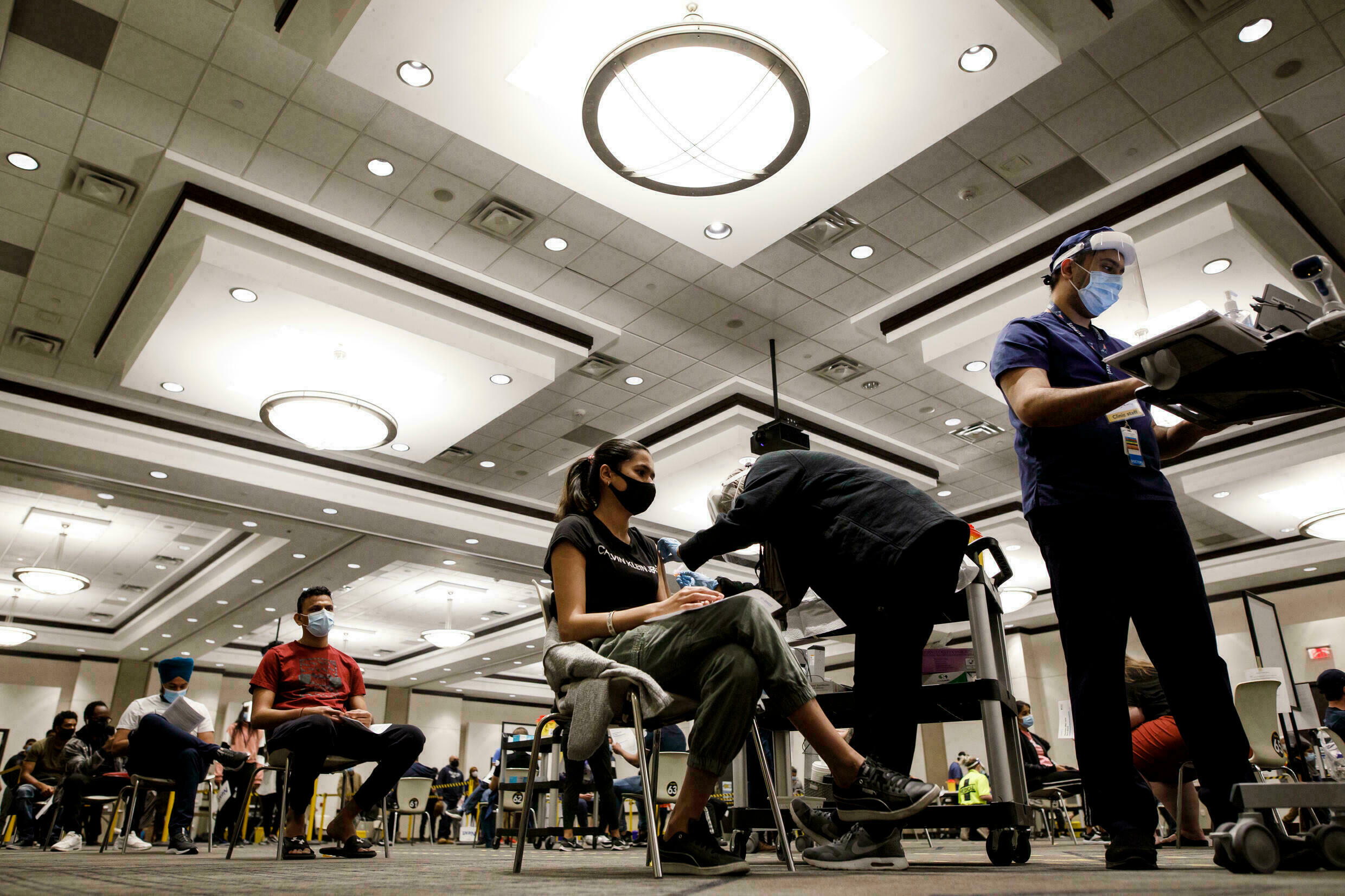 All civil servants in Canada must be vaccinated by the end of October or risk losing their jobs, the government has announced.

The mandate also applies to workers in federally regulated sectors, like rail.

Commercial air, cruise and interprovincial train passengers must also be vaccinated to travel.

Canada has one of the highest Covid vaccination rates in the world, with 81% of eligible people having received at least one dose.

“This is the best way to end the pandemic and allow the economy to safely remain open,” said Intergovernmental Affairs Minister Dominic LeBlanc on Friday.

In Canada, provinces have a record of who has received vaccines. Mr LeBlanc added that testing and screening procedures will be implemented for those who cannot be vaccinated for medical reasons.

The minister said that government – the nation’s largest employer – must “lead by example” in the fight against Covid-19.

He added that the federal government would work with travel operators and other industry players to develop a “measured and practical approach” to the vaccine policy ahead of the October deadline.

The mandate may influence voters in the general election Prime Minister Justin Trudeau is widely expected to call for September.

A recent Ekos research poll shows that a third of Conservative voters oppose vaccine requirements. Most supporters of the ruling Liberal Party are in favour.

On Thursday, Canada’s chief public health officer, Dr Theresa Tam, warned that the nation is in the midst of a fourth Covid wave. There are now over 13,000 active Covid-19 cases in the country.