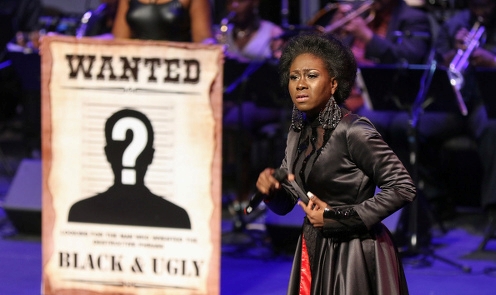 A Clash of Tents: Showdown in De Taste of Carnival” will replace this year’s Calypso Fiesta competition.

Confirmation of this comes from the National Carnival Commission and the Trinbago Unified Calypsonians’ Organisation.

In a media release, TUCO said the new show will be held on February 20th at the Naparima Bowl, San Fernando at 2 pm.

TUCO says it will feature thirty performers from ten Calypso tents across Trinidad and Tobago.

It says from the participants, ten will be selected to compete in the Dimanche Gras Show on February 27th, at Carnival City, Queen’s Park Savannah.

They will be selected to compete via a People’s Choice vote done on the day at Naparima Bowl.

An “Extempo War” is also carded for Sunday’s show, where participants will compete for a spot in the Extempo finals during the Dimanche Gras.

“A Clash of Tents: Showdown in De Taste of Carnival” action kicks off Sunday February 20, at the Naparima Bowl, from 2 pm.

NCC and TUCO are reminding the public all COVID-19 protocols will be in effect during Sunday’s show.

It says in keeping with safe zone regulations, all patrons are required to be fully vaccinated and present proof along with their ID cards when attending.

The NCC, in expressing its endorsement of the “A Clash of Tents…”, says it  recognises the severity of both the pandemic and budget challenges.

It is also congratulating TUCO for its demonstration of both creativity and resilience in its bold and unprecedented response to these quite daunting circumstances.