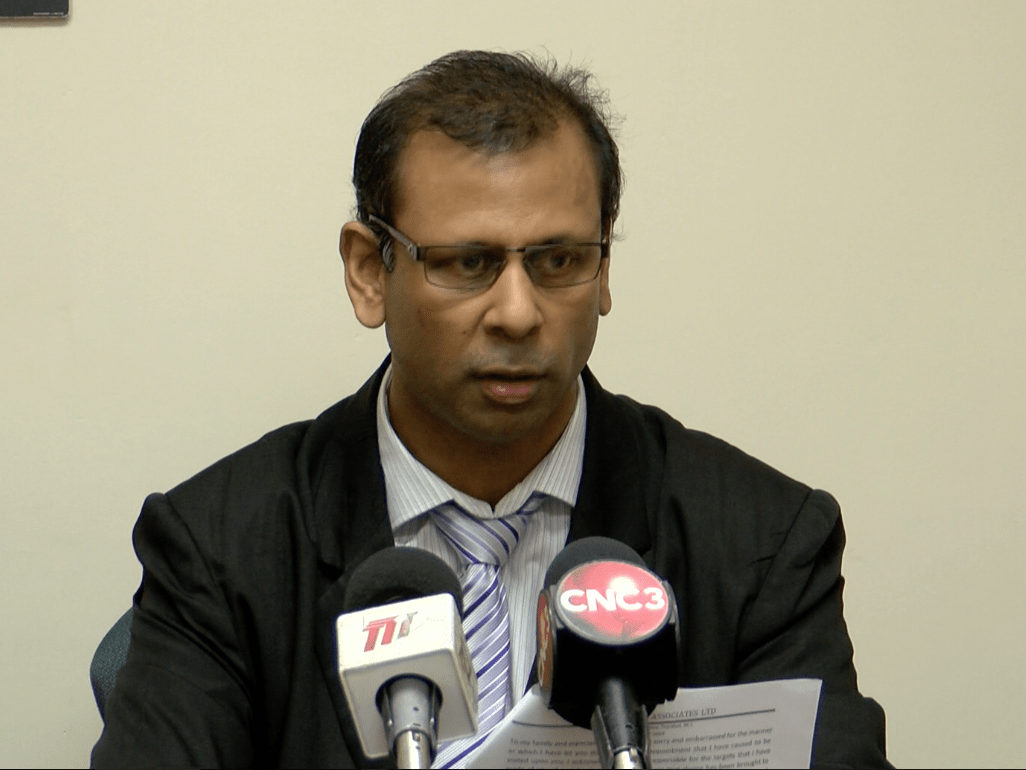 The TT Medical Board has been asked to resign, over what one doctor called their “mishandling” of the matter involving Dr Avinash Sawh.

The call was made by Dr Andre Alleyne, who had issued one of five complaints sent to the board against Sawh.

Sawh came under fire after he was heard spewing racist and derogatory comments at one of his employees in a phone call last November.

However, in March, the board said there had been a procedural flaw in the way the first complaint against Sawh had been received, and decided to restart the process by exercising its independent discretion to carry out an inquiry.

Dr Alleyne, via his attorneys, has given the board 14 days to respond to a request for information before they approach the court to protect the integrity of the process.

In a letter on Saturday, Alleyne’s attorneys Cristophe Rodriguez, Akiri Heath-Adams and Joash Huggins said their client remains anxious about the fairness of the board’s enquiries.

Rodriguez said Alleyne’s anxieties over the fairness of the conduct of the enquiry “have been amplified” by newspaper reports that Sawh had asked for three months to respond to the board.

The lawyer said Alleyne has not been provided with a copy of the board’s letter or Sawh’s request to have until June to respond. He also asked for disclosure of all correspondence between Sawh and the council, or its tribunal; an outline of the procedure for the enquiry, a timetable of the progress of the enquiry; and an opportunity to be heard and represented by an attorney at the enquiry.

USAID/ESC To Establish Field Office In Trinidad And Tobago 0