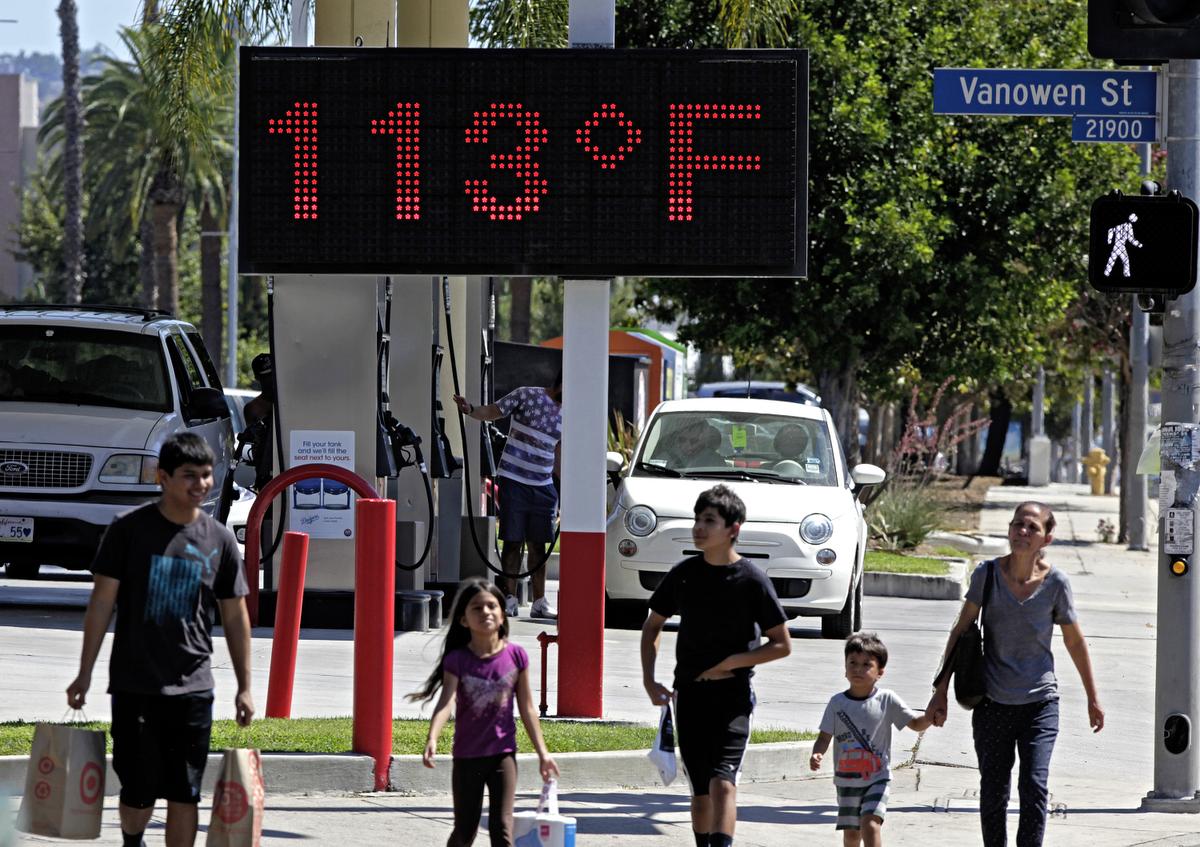 California has declared a state of emergency to address power system concerns, as parts of the US south-west reported dangerously high temperatures.

An excessive heat warning is in place for much of Arizona and California, and southern areas of Nevada and Utah.

People are being told to stay in air-conditioned areas and out of the sun.

Californians have also been urged to conserve energy during peak times, as temperatures are expected to remain between 100-110F (37-43C) until Sunday.

Governor Gavin Newson said the state of emergency, which is in effect until 23:59 on Saturday (06:59 GMT on Sunday), was to “reduce the strain on the energy infrastructure and increase energy capacity”.

The California Independent System Operator, which controls most of the state’s power grid, asked people to set thermostats to 78F (25C) or higher, avoid using major appliances and unnecessary lights.

In California’s Death Valley National Park, typically one of the hottest spots in the world, a thermometer at the Furnace Creek Visitor’s Center marked 130F (54C) on Thursday.

Willo Alford, who runs a general store in Death Valley Village and has lived there most of her life, told Reuters news agency: “Up to a certain temperature, it’s OK, like maybe 120F (49C), but once it gets above that is when it really gets hard.”

Higher temperatures were felt in the San Francisco Bay Area, where several cities have set up cooling centres.

About 50 million people were under excessive heat warnings and heat advisories across the south-west.

A high-pressure system parked on the south-west since Tuesday caused the heatwave, a week before the official start of summer in the northern hemisphere.

The event is worsening a mega-drought that has dried up rivers and reservoirs. Scientists say states in the US West Coast should expect more of these events.

“Heatwaves are getting worse in the West [Coast] because the soil is so dry” from the region’s megadrought, Park Williams, a climate and fire scientist at the University of California was quote by the Associated Press as saying.

“We could have two, three, four, five of these heat waves before the end of the summer.”