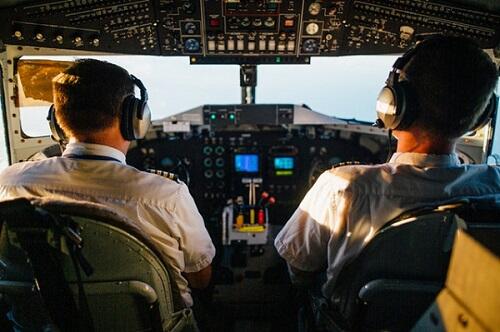 In a bid to save their jobs and not be sent home temporarily with no pay, pilots with state-owned Caribbean Airlines have agreed to a hefty pay cut.

This follows negotiations between the T&T Airline Pilots Association (TTALPA) and Caribbean Airlines.

TTALPA represents CAL’s estimated 149 pilots and have agreed that all pilots’ salaries will be cut by 57 per cent for the next three months, to support CAL’s cost cutting measures amid the pandemic.

It will also affect other aspects of their pay up to June 2021, but they will keep their jobs.

This agreement comes just as CAL was preparing to send some pilots on three months’ No-Pay Leave from Monday.

TTALPA’s industrial relations consultant Gerard Pinard said it was a bittersweet situation…but they’re making the sacrifices and reached an agreement.

Pinard said pilots accepted the pay cut despite operating with salary rates negotiated in 2014. Negotiations are outstanding for collective agreements for 2015-2018 and 2018-2021.

As part of the agreement:
-pension plan contributions will be temporarily halted for the period.

-At the end of eight months on June 18, 2021, CAL agrees to restore pilots to full substantive salaries.

-In event of retrenchment exercises being contemplated any time during the agreement, pilots’ base salary will be used as a basis for severance benefits.

With the agreement, the recall of pilots to flying will be according firstly to operational requirements and secondly, the seniority list.

CAL’s financial situation will be reviewed monthly. In event of improved circumstances during the time, parties will review terms of the agreement.

Pinard said CAL had in good faith been paying pilots since the lockdown, “So pilots felt they also had to act in good faith.”