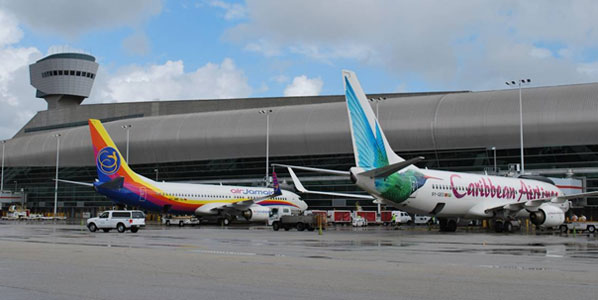 With plans on the table to retrench 450 of its employees both locally and regionally, Caribbean Airlines (CAL) is scheduled to hold a meeting today with the Bustamante Industrial Trade Union (BITU) in Jamaica.

BITU represents approximately 100 of the airline’s 233 employees in Jamaica.

The union’s president, Kavan Gayle, in an interview with GML said, “It is our view that one of the things that we would have anticipated is that the reopening of the borders would somehow dictate what the flow would be, going forward. We question at this time the need for a restructuring that is going to create a cut in the terms of the complement that is required when no one knows what the reopening, in terms of transiting passengers will be,” Gayle said.

He said the union intends to raise questions today about the timing of the retrenchment and the airline’s business model after the restructuring exercise.

Gayle said they also want to review in detail what this cost reduction will represent what is targeted in areas of operations, fleet and other areas around the operations.
“We are very concerned that you are seeking to cut the complement when no one knows what will be needed in terms of the manpower requirement going forward.”

Gayle said the union is hopeful that CAL will be open to taking steps to mitigate job losses. He said this is especially important given the job losses already brought on by the COVID-19 pandemic.

BITU also intends to make a series of proposals to CAL to generate revenue, including the possibility of creating a travel hub in the Caribbean.
They also plan to propose new routes to the airline that can become very profitable for CAL.