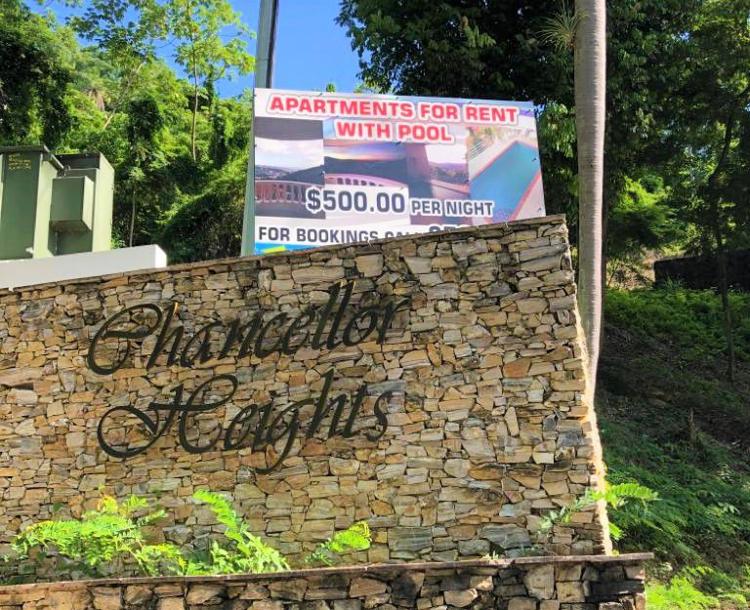 Businessmen among 20 arrested during raid at Lady Chancellor

Among the 20 businessmen who were arrested and detained this morning, some drove luxury cars.

The men were arrested early this morning on the premises at Lady Chancellor Heights, which is located off Lady Chancellor Road in St. Anns. The party was said to be held in a four-storey building, but most of rooms appeared vacant. The business place is said to have a sign posted to the front of the building which says “apartments for rent with pool, $500 per night”. During the exercise which was headed by the Special Operation Unit (SORT), police raided the house and found the men and 22 females who are non-nationals with no identification documents. During the raid, the women were seen lewd dancing and many were involved in prostitution. Reports indicate that there were also children present during the raid, but their involvement is not yet known. Police also found and seized a firearm and ammunition, narcotics and a large quantity of cash.

Officials from the Child Protection, Victim and Witness and the Counter Trafficking Units are investigating.