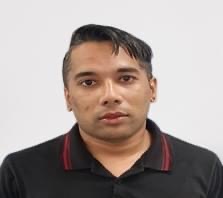 A 31-year-old businessman was granted $10,000 bail by Justice of the Peace, Mr. Bunny Don Asgarali last week. He is scheduled to appear virtually at the Port of Spain Magistrates’ Court on May 5th, 2022.

ROLAND MATHURASINGH, of Pelican Extension Road, Morvant was charged with larceny of $2,350 on Friday 8th April, 2022.

According to a police report, an owner of an online advertising and sales store was allegedly given $2,350 on October 12th, 2020, as a down payment toward the purchase of a PlayStation five-disk system valued at $4,700. The store owner allegedly promised delivery of the item to the buyer on December 15th, 2020, but failed to do so. All attempts by the buyer to contact the businessman to obtain a refund proved futile and a report was made to the Fraud Squad.

Investigations were conducted by WPC Gowrie and Mathurasingh was arrested on Friday 8th April, 2022. He was subsequently charged with the offence.