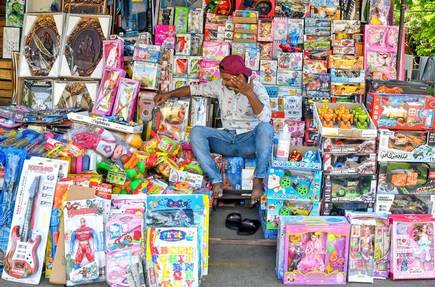 The Trinidad and Tobago Bureau of Standards is aiming to prohibit the importation, donation, or distribution of used toys.

This will form part of the rollout of a new compliance standard which will be implemented early next year.

Acting manager of the Trinidad and Tobago Bureau of Standards, Standardisation Division, Beverly Monroe, outlined the elements of the new standard, during a webinar on the National Standards For the Safety of Toys.

She said once used toys are imported, the bureau cannot guarantee the safety of the toy when it is passed on from one person to the next.

She added “We cant guarantee the state of hygiene with the toy, we cannot guarantee if these toys contain harmful elements in them and what are the mimics, unless the toy has been previously tested. We would not know unless we have the documentation for it.”

Although the new standards are not yet mandatory, Monroe is advising those shopping for toys during this Christmas season to ensure that the items they are purchasing are properly labeled and they can see the caution marks/information.

She said “Do your research and see what other consumer protection organisations are saying about a specific toy, especially if its coming from China.”

Monroe noted that many toys have quantities of borax, lead, arsenic, mercury and other chemicals that can be harmful to children.

“A lot of our toys come from China and there is a report that many of those toys contain at least one of those harmful elements in excessive amounts,” she said.

The new toy standard is expected to become mandatory by March 2021 after further consultation and will seek to prevent this country from becoming a dumping ground for used toys.