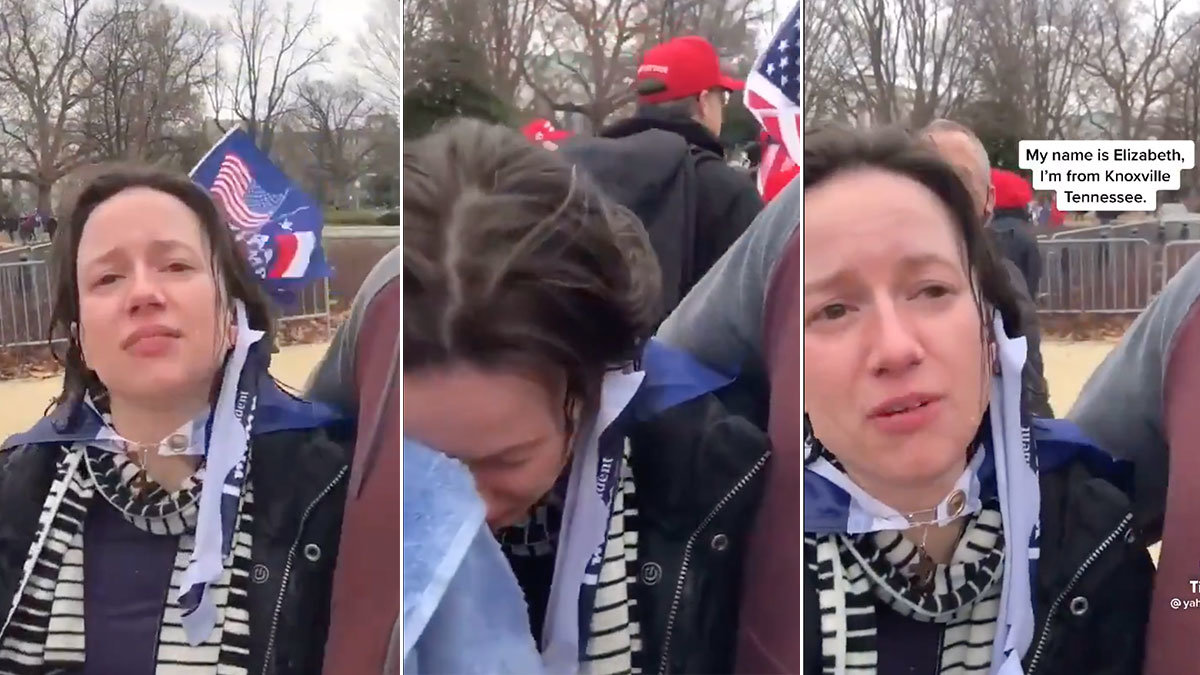 Viral Video of Woman Maced, Uses an ‘Onion Towel’ To Make Herself Cry

A viral video of a sobbing pro-Trump supporter who claimed she had been ‘maced’ while storming the Capitol Wednesday has raised questions after sleuths on social medial realized that she was holding what appears to be an onion.

The woman named Elizabeth from Knoxville, TN was featured on a quick interview amid all the chaos, explained that she made it about a foot or so inside the building before being pushed out … and then getting a heavy dose of mace to the dome, which forced her to retreat.

When asked why she was trying to enter the Capitol, Liz tearfully gives it to the cameraman straight with a ‘duhhhh’ response…”We’re storming the Capitol, it’s a revolution!” Her guy friend carries her off afterward.

However, the internet is a ‘BEAST’ as Elizabeth can can be seen in the video – obtained by Yahoo News reporter Hunter Walker – holding the object in her blue towel, dabbing her eye as she explains that she had been maced during the ‘revolution.’ 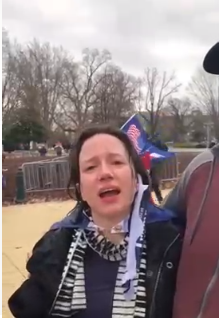 #Oniontowel soon sprouted from the wild visual of ‘Elizabeth from Knoxville’ sobbing after being ‘maced,’ with people feeding into the conspiracy of whether Elizabeth was actually sprayed. 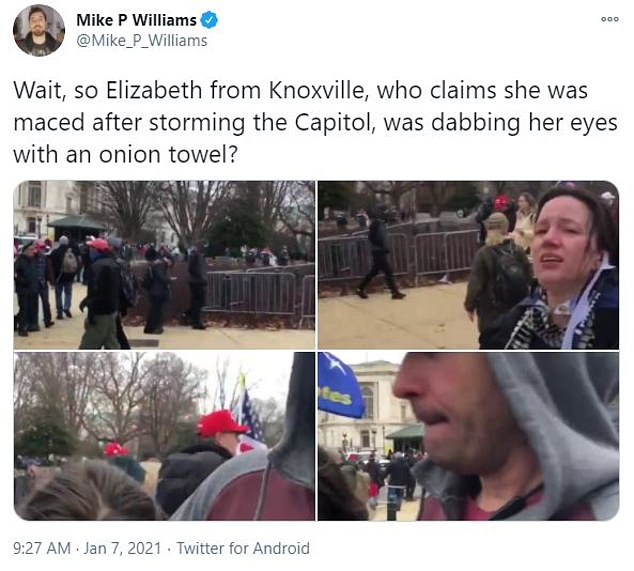 While many people online initially mocked Elizabeth for having such a frenzied response after committing the assault on the federal building, many were soon split trying to figure out the purpose of her using the onion to get such a reaction.

Russia To Curb Assault On Kyiv Amid Peace Talks 0