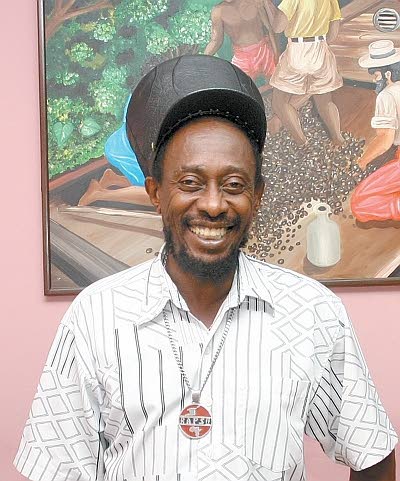 The family of rapso icon, Lutalo ‘Brother Resistance’ Masimba, has issued a statement clarifying “certain bits of incorrect banter, which are floating across both social media and the general media.”

Brother Resistance died last Thursday due to cancer.
However, social media has been circulating reports that he instead passed away due to the Covid19 virus. A claim his family denied via a release on Sunday.

The following is the full statement from the family of Brother Resistance:

Lutalo Masimba, more lovingly known by his stage name Brother Resistance, is at present being mourned by his family, close relatives, and the uncountable number of persons his radiant energy imprinted on.

His family, though bereft with grief, wanted to take the time to thank all well-wishers and supporters for their kind words and the many thoughtful posts of respect and love for him and his work.

It is therefore with great disappointment during this trying time that there has arisen a need to clarify certain bits of incorrect banter, which are floating across both social media and the general media.

To begin with, Lutalo Masimba did not pass away because of COVID-19, any COVID-19-related complications, or because of any issues as a result of him taking the Sinopharm vaccine. In fact, he was fully vaccinated having received his second dose of the AstraZeneca vaccine on June 28th.

He was also not ailing, as described by some media reports. Sadly, just over a month ago, he was diagnosed with cancer and had started receiving treatment. He continued to be very active performing his role of President of TUCO, so much so that the week prior to his passing, he attended TUCO and NCC meetings as well continued working on his PhD at the University of the West Indies.

His family all wished that Resistance would be with them for a long time to come, so his death is just as much of a shock to them as it was to his many friends and well-wishers. He began to feel unwell on Monday and was taken to the Westshore Medical Hospital on Tuesday night, where he departed this life.

Lutalo Masimba may have left this earth and gone on to a higher plane, but his love and heart lives on here with his three daughters and granddaughter, his wife, his family, close relatives, and persons he touched at all levels.

Brother Resistance had an open heart and uplifted everyone he encountered. The many messages, the stories, the shared experiences currently being expressed are both welcome and comforting to his family.

Somalis getting high off ants!!! 0