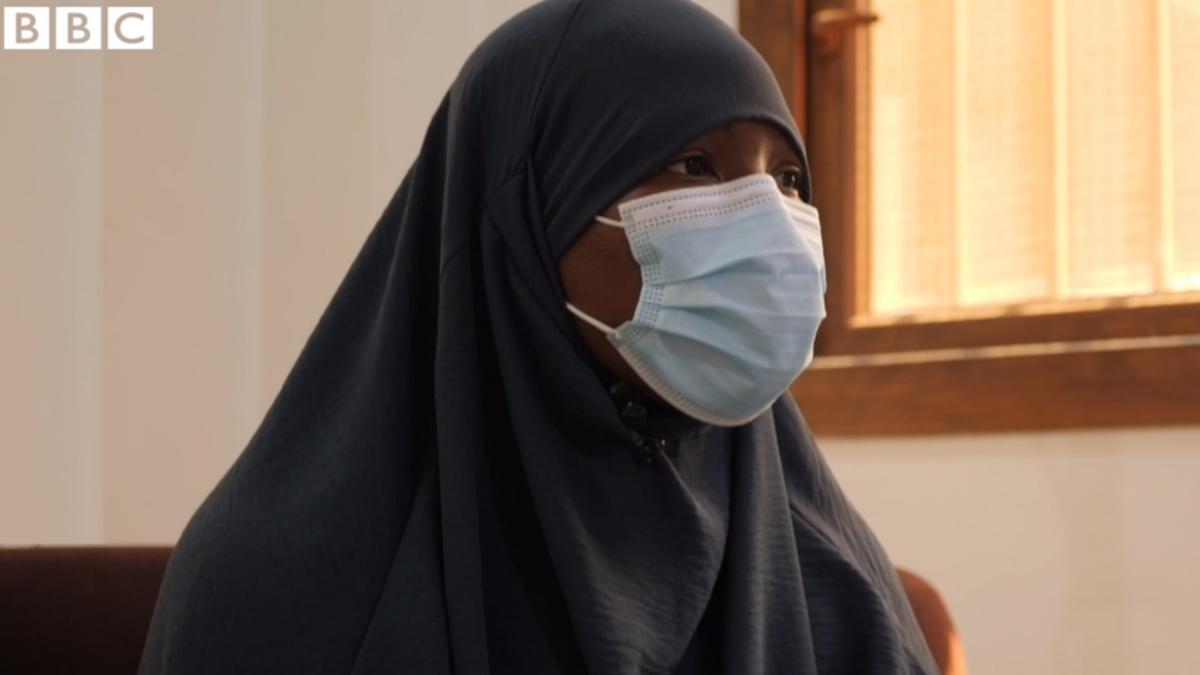 A sceenshot of Nicole Jack during her interview with the BBC

A British-Trinidadian woman who joined the Islamic State group with her young children is begging the UK to allow her to return.

Nicole Jack and her three daughters, aged 12, 9 and 7, are currently being held in the Roj detention camp in Syria alongside thousands of wives and children of IS fighters.

In an interview with the BBC, Jack said that despite living under IS rule for three years, she was not a security risk to the UK and called on UK politicians to open their minds to allowing them to return.

The UK government has been unwilling to let those who joined IS, back into the UK, claiming that they pose a potential national security threat.

Ms. Jack says she doesn’t understand that point of view.

According to the BBC, Ms Jack left London with her husband and her then four young children to join IS in October 2015.

She told relatives her family was leaving for Somalia to start a new life and claimed that her husband, Hussein Ali, threatened to split the family up if she refused to travel with him.

When her husband died while fighting for IS, she then remarried, to Trinidadian fighter, Adil de Montrichard – who went on to die in an airstrike, which also killed her 10-year-old son, Isaaq.

Britain has said that it is willing to repatriate orphans and unaccompanied children but Jack says she is not prepared to allow her children to return to Britain without her.

She told the BBC, “I know for sure if my kids are separated from me they will not be in a stable situation, because we are a unit.”

She accused the UK Government of just attempting to sweep people like her under the carpet.