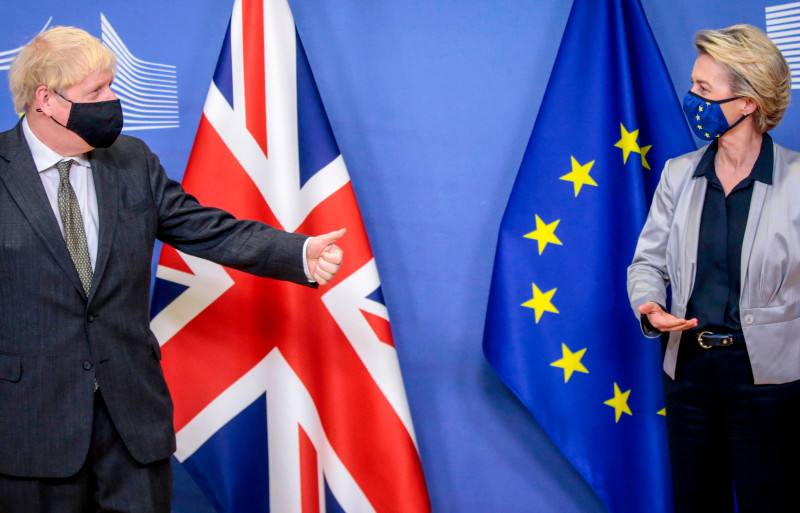 The European Union and the United Kingdom vote on the fate of their thorny post-Brexit negotiations on Sunday, either to acknowledge a failure with serious consequences, or to judge that an agreement is still possible, just twenty days before final break.

No scenario can be ruled out, including the unexpected announcement of a compromise, as these tense talks, peppered with bluffs and deadlines not met, have been rich in twists since their launch in March.

But the trend on Saturday evening looked negative. “As it stands, the EU’s offer remains unacceptable,” said a British government source as talks continued in Brussels and could continue on Sunday. “Any deal must be fair and respect the fundamental position that the UK will be a sovereign nation in three weeks,” she added.

As a sign of renewed tension, the British Ministry of Defense announced, on the eve of this new deadline, that Royal Navy vessels were standing ready to protect national fishing areas where tensions could arise in the event of absence of agreement. The continuation or not of the discussions must be taken by the President of the European Commission Ursula von der Leyen and the British Prime Minister Boris Johnson after a telephone interview on Sunday, in the light of the latest negotiations, which could continue during the day.

Without a trade agreement, its trade with the EU will be carried out under the sole rules of the World Trade Organization (WTO), synonymous with customs duties or quotas, at the risk of a new shock for economies already weakened by the coronavirus.

The discussions stumble on three subjects: the access of European fishermen to British waters, the way of settling disputes in the future agreement and above all the conditions that Europeans demand of the British to avoid any unfair competition. The EU is ready to offer London duty-free and quota-free access to its huge market. But in this case she wants to ensure that the United Kingdom will not engage in dumping by deviating from environmental, social, European fiscal or those on state aid standards.

If so, it wants to be able to take swift countermeasures, such as tariffs, without waiting for the dispute to be resolved through traditional arbitration, in order to protect its businesses. London strongly opposes it. “The defense of the single market is a red line for the EU,” hammered a European source. “What we have proposed to the UK respects British sovereignty. This can be the basis of an agreement. ”

Man appears in court for murder 0