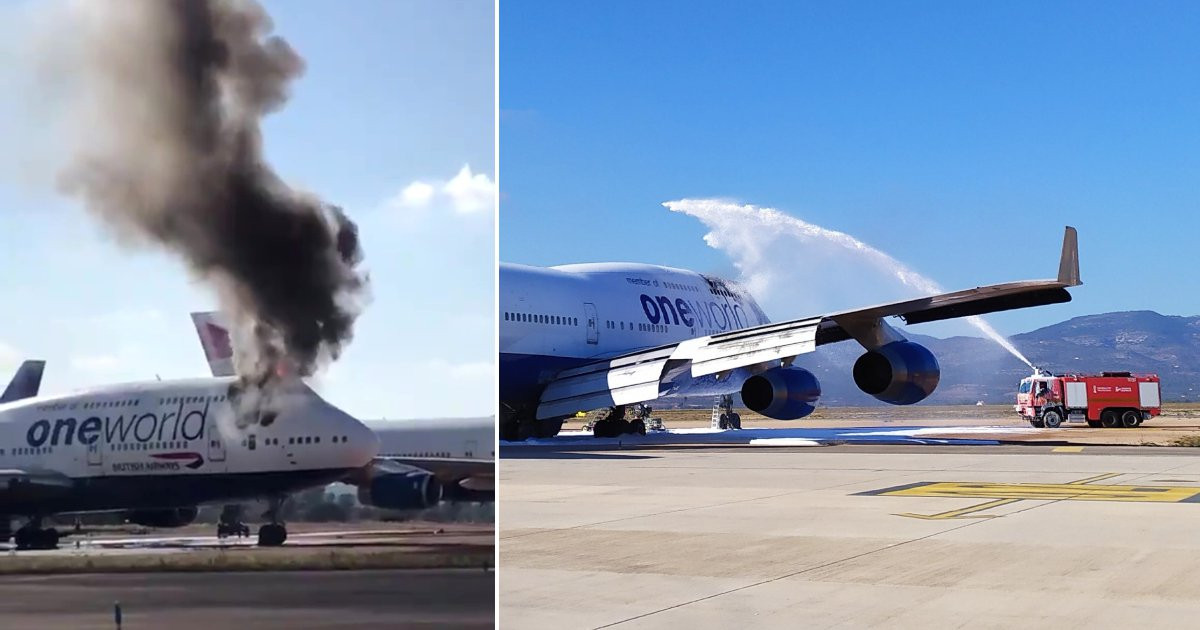 A Jumbo that was from British Airways ended up on fire on its second floor while it was stored in Spain, as shown in the video below (expect to load if it does not appear immediately):

The 747-400 in question is the G-CIVD registration plate, manufactured in 1994 and delivered directly to the British company, which retired it in August this year, as part of the company’s Boeing 747 retirement plan.

In 2014 the aircraft received the stickers and paint allusive to oneworld, an alliance of airlines founded by British itself in 1999. Often this plane flew to Brazil on the London – São Paulo route.

After retirement, British sent the plane to Castellón Airport, near Valencia, Spain. The Jumbo has been there ever since, waiting for a new owner or to be dismantled.

The airport did not say how the fire broke out, but said that no one was injured and that the situation had already been checked by local firefighters.