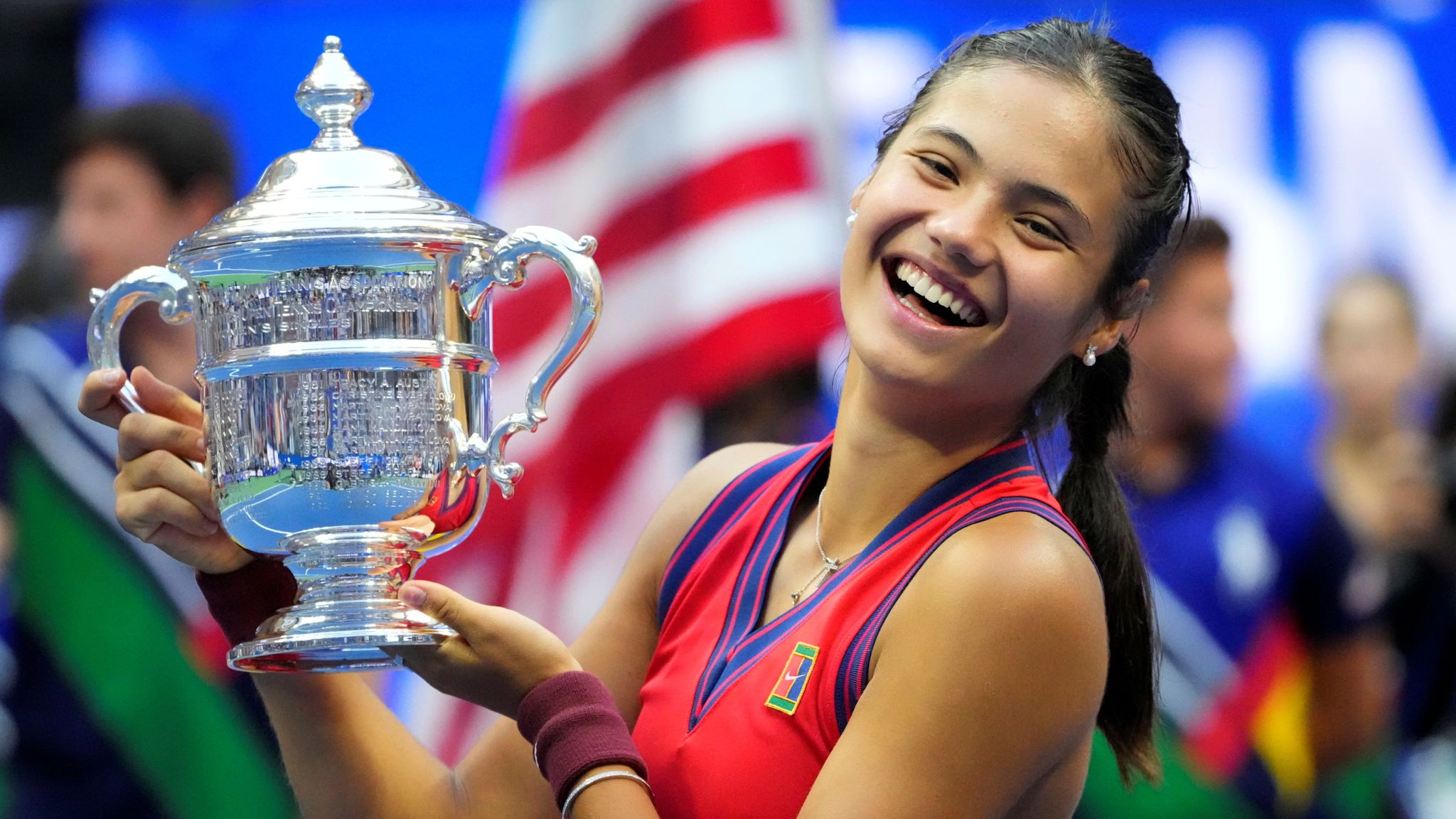 Emma Raducanu ended Britain’s 44-year wait for a women’s Grand Slam singles champion as she beat Leylah Fernandez to win the US Open in the most thrilling style.

The 18-year-old ended her scarcely believable run in New York with a 6-4 6-3 win over her 19-year-old Canadian opponent in a high-quality final.

Raducanu threw herself to the floor in disbelief as she fired down an ace to conclude what has been the most remarkable journey.

Raducanu served for the match at 5-3 but cut her leg as she went break point down, leading to a medical time-out and a clearly irritated Fernandez expressing her frustration to the match official.

However, Raducanu shrugged off the delay, saving a further break point before closing out her third championship point.

The two shared a warm hug before Raducanu headed up the stairs at Arthur Ashe Stadium to celebrate with her support box.

Raducanu was cheered on by an emotional Virginia Wade, who was the last British woman to win a major trophy at Wimbledon in 1977.

“It means so much to have Virginia Wade here and also Tim Henman,” Raducanu said in her on-court speech.

“They are British icons and for me to follow in their footsteps gave me the belief I could do it.”

With the victory, Raducanu becomes:

The first British female winner at Flushing Meadows since Virginia Wade in 1968
The first qualifier in the Open era to win a Slam
The youngest women’s Slam champion since Maria Sharapova at Wimbledon in 2004
The youngest Briton to win a Grand Slam title
The first woman to win the US Open without dropping a set since Serena Williams in 2014
She will take home £1.8m in prize money, rise to 23 in the world rankings and will become the British number one on Monday.