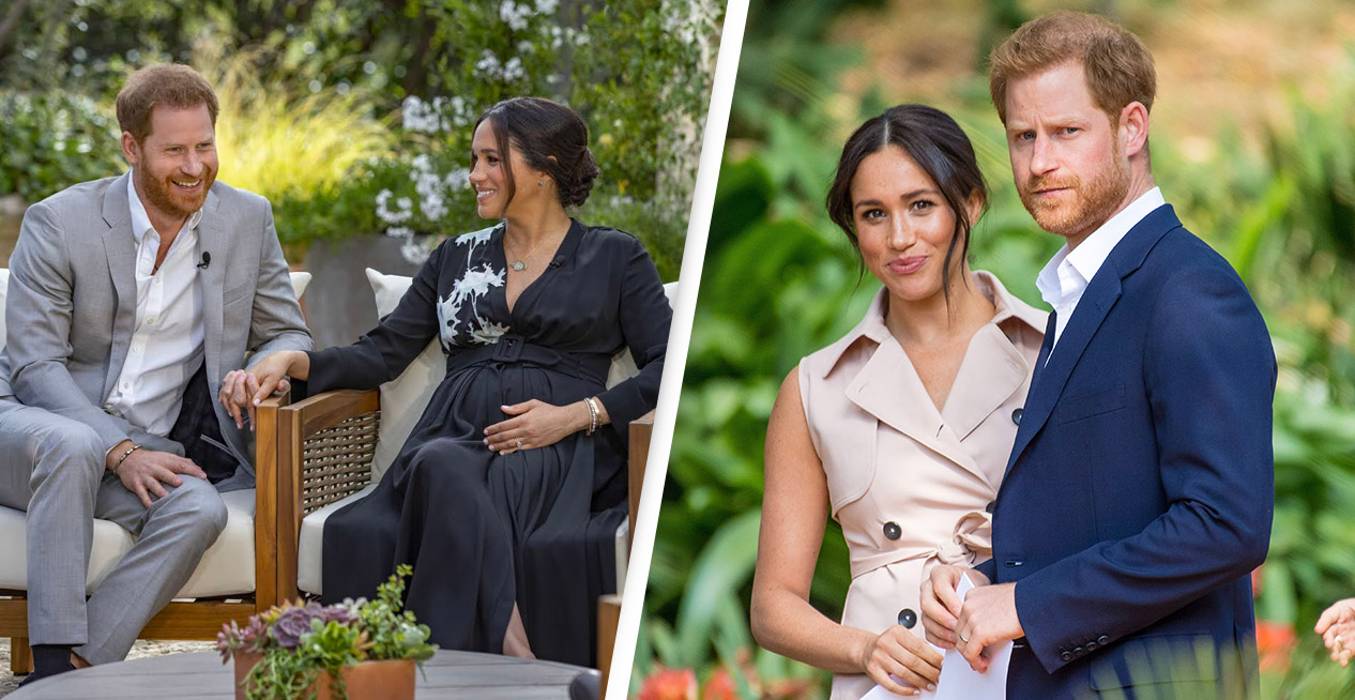 Britain In Fallout With Harry and Meghan’s Scandalous Interview

It’s safe to say that the British press is not happy with Prince Harry and Meghan Markle’s interview with Oprah Winfrey.

Though there’s been no royal reaction tot he Harry and Meghan interview, British tabloid The Daily Mail and Good Morning Britain host Piers Morgan were quick to sound off on the tell-all interview, which cast the royal family and the “firm” as extremely unsupportive and, at times, racist.

The UK reaction to Harry and Meghan’s interview can be summed up best by Morgan, who insisted that the primetime special was a “nauseating two-hour Oprah whine-athon” rife with “propaganda” meant to “destroy the Monarchy.”

For years, the British press has been incredibly critical of Meghan — a fact that was discussed at length during the bombshell interview — and unfortunately, it continued that trend after the interview concluded on Sunday night. The special isn’t slated to air in the UK until tonight, but by Monday morning, the tabloids and British Twitter users were already reacting to the Harry and Meghan’s interview, and it wasn’t pretty.

The interview receives top billing on The Daily Mail’s homepage, which features at least 20 articles on the subject — including a scathing op-ed by Morgan, an outspoken critic of Meghan and Harry. “Never have I watched a more repulsively disingenuous interview,” wrote the Good Morning Britain host. “Nor one more horrendously hypocritical or contradictory … In fact, it it’s not late, someone should nominate it for the Oscars.”

*NEW COLUMN*
Meghan & Harry's nauseating two-hour Oprah whine-athon was a disgraceful diatribe of cynical race-baiting propaganda designed to damage the Queen as her husband lies in hospital – and destroy the Monarchy.https://t.co/H59yn123VO pic.twitter.com/4WqhBD45RU

Many Britons were equally critical of Harry and Meghan’s Oprah interview. “I think Harry and Meghan’s titles need to be removed. They have gone too far with this,” wrote one viewer. “I hope the Queen takes ALL the titles she bestowed on them almost 3 years ago,” said another.

Do it and do it now…….Strip these two of their Sussex titles now ! #DukeAndDuchessOfPrivacy https://t.co/56t86Spron

Has Meghan just basically called the Royal Family racist? She’s proper trying to stir the pot in this interview isn’t she, that’s Harry’s family. Personally, I think Harry and Meghan’s titles need to be removed. They have gone too far with this. #OprahMeghanHarry

MEghan and harry are ungrateful bores. They should be stripped of all their titles. The great county of Sussex deserves better.

Clear as day Harry and Meghan want to be their own people and totally away from the Royal Family. So it is logical, right and correct that they are stripped of their “titles” that they somehow still have. You make your bed, now lie in it. 👑 🏰 ❤️ #HarryandMeghanonOprah

Of course, whether the palace listens to these Twitter users is a different matter. As of Monday morning (or early afternoon in the UK), neither the palace nor the royal family has responded to Harry and Meghan’s interview. However, the institution isn’t known for doing anything quickly, so it’s possible that they will react in the weeks to come.